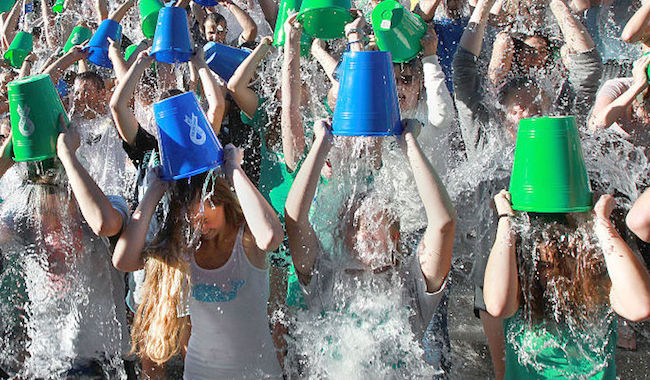 I enrolled at Boston College a couple of years after Matt Ryan had managed to make the Eagles relevant for the first time since Doug Flutie chucked his legendary Hail Mary downfield to beat Miami in 1984, but with the exception of the hockey team that won a couple of national championships while I was there, there really wasn’t much to root for when it came to sports people actually care about.

At the time, the baseball team was mired in about as much mediocrity as the football and basketball programs have been for over a decade, so the product on the field was nothing to write home about. However, the same can’t be said for the parking garage that overlooked the stadium, as there was no better way to spend a sunny afternoon in the spring than to head to the top of the structure with a shirt without sleeves and a water bottle full of booze to spend a few hours heckling the visiting right fielder and boxing out middle schoolers while trying to chase down any foul balls that made their way up there.

I can’t say I was particularly invested in the team’s success but the same can’t be said for the story of Pete Frates, who played outfield for the Eagles before graduating a couple of years prior to my arrival in Chestnut Hill and then pursued a professional baseball career that came to a screeching halt when he was diagnosed with ALS in 2012 at the age of 27. Frates—who passed away almost a year ago—was one of the few people who regularly showed up to watch the team play and I briefly chatted with him on a few occasions before graduating a year after he learned he had the degenerative condition that famously claimed the life of Lou Gehrig, who lends his name to the alternative moniker for the incurable disease.

ALS is a relatively rare disorder and subsequently didn’t really receive a ton of attention but that changed in a big way in 2015 courtesy of the viral sensation known as the Ice Bucket Challenge. Another ice-related challenge had taken the internet by storm at the start of the decade courtesy of unsuspecting bros forced to chug malt beverages for our amusement, and while I’d argue those pictures and videos made the world a better place by virtue of the joy they conjured up, that has nothing on the over $200 million that was ultimately raised thanks to videos of people dousing themselves in freezing water before challenging their friends to do the same.

In 2016, researchers at the University of Massachusetts revealed funding from the challenge had helped them uncover a new gene linked with the disease, and now, a team of specialists at Mass General have revealed an even bigger discovery that was made with the help of the money that was raised. According to NBC News, a study helmed by neuromuscular expert Dr. Sabrina Paganoni suggests an experimental treatment that was tested could potentially slow the progression of ALS and give patients a better quality of life by staving off the crippling effects of the illness that slowly causes the body to shut down by targeting the central nervous system.

The study was conducted with the help of 137 people with ALS, 89 of whom received the two-medicine combination being tested. They used a point scale to evaluate the decline of certain functions over a six-month span, and after analyzing the results, researchers said people who were subjected to the treatment reported their condition worsened 25% less than those who received a placebo. Thanks to FDA regulations, the team will have to conduct a more extensive trial to prove the efficacy before the regimen can receive the agency’s seal of approval but it certainly looks like it has potential.

The internet might be an objectively terrible place but it’s always nice to be reminded it’s not all bad thanks to stories like this.