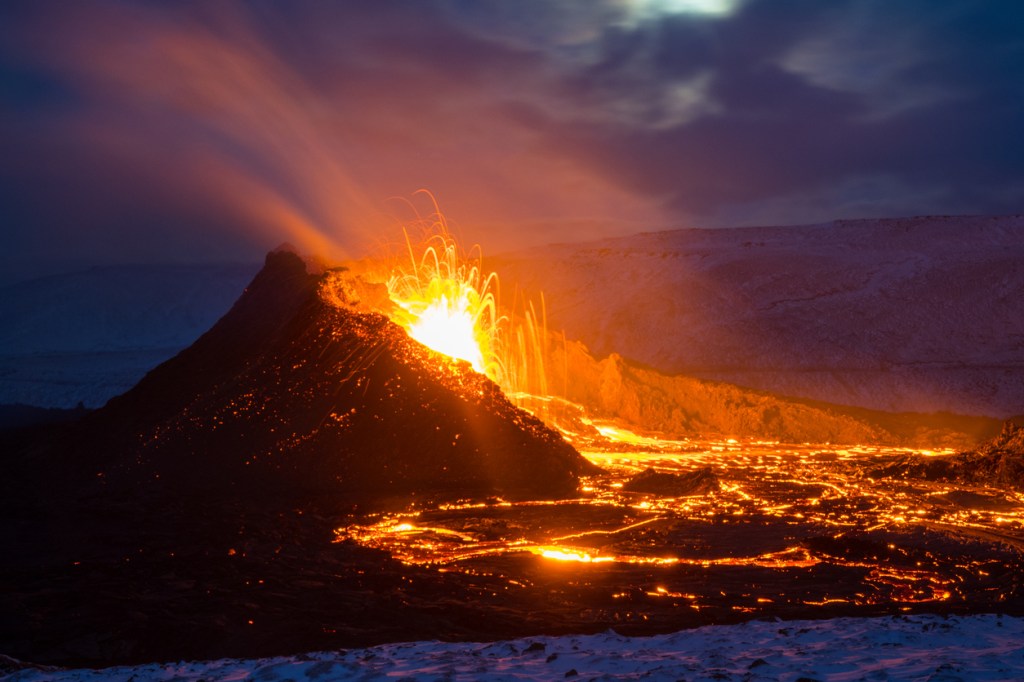 Fagradalsfjall in Iceland’s Geldingadalir valley is Iceland’s newest volcano to spring into action. It has kept adventurous photographers busy in recent weeks with spectacular eruptions of lava.

My brain has trouble processing this number but the Fagradalsfjall volcano had been dormant for 800 YEARS until it came roaring back to life. It started with the Land of Fire and Ice getting rocked with 17,000 earthquakes in a week! Then came the magnificent lava eruptions.

Spectators have been flocking to the Fagradalsfjall volcano with drones to get close-up footage of the lava eruptions. I featured some footage back in March where the drone just narrowly missed getting swallowed by erupting lava. The drone in the clip below wasn’t so lucky. We get a first-person/POV view of this drone meeting its end.

Using the term ‘epic’ died out years ago on the Internet. It was grossly overused and abused for clicks. But this 100% qualifies as epic in my humble opinion. A drone filming HD footage while crashing into Iceland‘s Fagradalsfjall volcano and getting to see that first-person view is legitimately epic.

For anyone that’s wondering about what kind of drone you need to fly in the incredibly hot temperatures near a volcano, you’re in luck. The video’s description listed it as a “brand new DJI FPV drone”.

The description did go on to elaborate that this wasn’t entirely unexpected. It says “FPV drones are notorious for crashing, it is part of the hobby.” The actual drone used here was a DJI FPV Drone (Combo) which sells for $1,299. That’s an EXPENSIVE hobby if you plan on them crashing regularly.

Flights to Iceland aren’t particularly expensive compared to any other international fights. Hotels in Iceland are also affordable. It’s the booze where they get you. Because it’s a remote island in the middle of nowhere all of the alcohol has to be imported from abroad a cocktail can run you $20 at a nice restaurant.