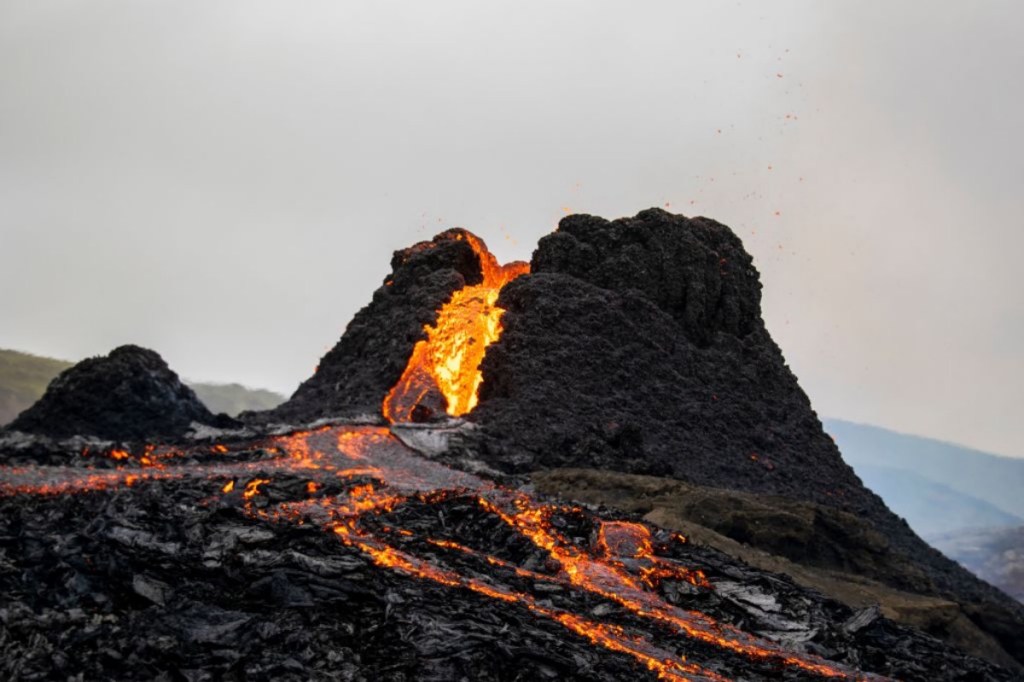 I made the mistake of not visiting any active volcanos when I went to Iceland a few years ago but it was probably a blessing in disguise because it gives me another reason to go back. If you’ve been to Iceland then you know that it’s one of the most magical places on the planet. For anyone that hasn’t visited The Land of Fire and Ice that’s covered in volcanoes and glaciers, it should be #1 on your bucket list of travel destinations. If you need some convincing to visit Iceland then hit me up in the comments section down below and we can chat about it, I’ll convince you to go.

Iceland’s home to 30 active volcanoes and the country straddles the tectonic plates of Europe and North America which are slowly moving apart from each other. One of the most popular tourist destinations in Iceland is where these plates are closest and people go SCUBA diving there. One of Iceland’s volcanos (Fagradalsfjall) that has been dormant for a brief EIGHT HUNDRED YEARS sprung back to life this month after the island nation was rocked by a ton of small earthquakes, 17,000 earthquakes in a week to be exact.

Bjorn Steinbekk has the YouTube channel ‘A guy with a drone’ and he took his drone to the Fagradalsfjall volcano to film. The footage is amazing. These clips are very short. Just a few seconds each. But seeing an actual drone fly through an erupting volcano is simply mind-blowing. In the first clip, he flies through the erupting lava and in the second clip he goes ‘lava surfing’.

In the first video’s caption, he states “I really thought I would never see my drone again, but man, this was so thrilling to capture!!!” And that pretty much sums up anyone’s reaction to seeing this footage. It seemed to me like that was an immediate death sentence for his drone.

According to an article on TheVerge, the Fagradalsfjall volcano is a relatively small eruption compared to most volcanoes and the Icelandic Meteorological Office (IMO) confirmed so in a statement, saying the “eruption fissure is about 500-700 metres (1640-2300 feet) long and the lava is less than 1 square kilometre (0.4 square miles) in size.”

That same article also had this awesome ‘before and after’ video of what the area looked like as the lava erupted. It’s awesome to see it presented in this format:

I’ve said it before and I’ll say it again: I need more volcano content in my life. Lava is awesome. Volcanoes are awesome. I need a website like VolcanoDotCom to pop up and churn out awesome volcano content 24/7/365. In the meantime, if you need convincing to visit Iceland then hit me up in the comments and I’ll respond!