Is Icing Muscles To Recover From A Workout Actually An Awful Idea? A New Study Suggest Everything We Know Could Be Wrong 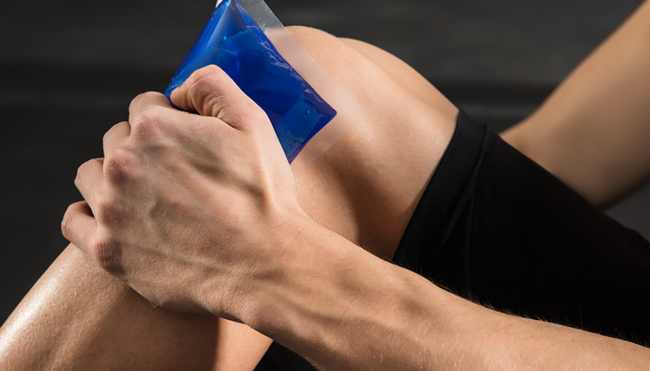 One of the things I miss about going to the gym is the lack of entertainment I used to derive from the various species of “That Guy” that roam the weight room, like:

However, I’ve always had a special place in my heart for the Gym Guys who don’t reserve their try-hardiness for their workout. These are the true pros; the people who make sure everyone knows they went H.A.M. on the squat rack with the help of an absurd amount of ice, whether it’s hopping in a tub filled with frigid water or walking around with packs wrapped around their legs that make their calves look like most people who ride a scooter in a Walmart.

I’ll admit I’m lucky enough to have never exerted enough effort to even come close to thinking about turning to those treatments to cure what ails me. Sure, they might seem a bit over-the-top, but it’s also hard to blame anyone who feels the need to go to those extremes. After all, everyone knows using cold to numb the pain is an effective strategy people have relied on forever—but according to The New York Times, it might be time to rethink that common knowledge.

The outlet reports researchers in Japan recently published a paper following an experiment where mice had their leg muscles stimulated by electricity to simulate a workout. Half of the subjects served as a control group while the others were treated with ice, but after tracking their muscle recovery in the wake of those fake gym sessions, scientists discovered the ice appeared to dramatically stagnate muscle recovery.

When you consider exercising causes your muscles to become inflamed, it would make sense to deploy ice in an attempt to address the issue. However, that inflammation and subsequent recovery play a significant role in increasing strength. Many of the mice that were subjected to the cold took almost twice as long to recover and still showed signs of muscle damage two weeks later, although it’s worth noting that A) the workout was designed to examine “serious muscle damage” and B) the subjects were mice.

I for one can’t wait to see what the next installment of “Everything You Know Is Wrong” is going to be.