If You Loved ‘LOST’, Then Check Out Netflix’s ‘Dark’ 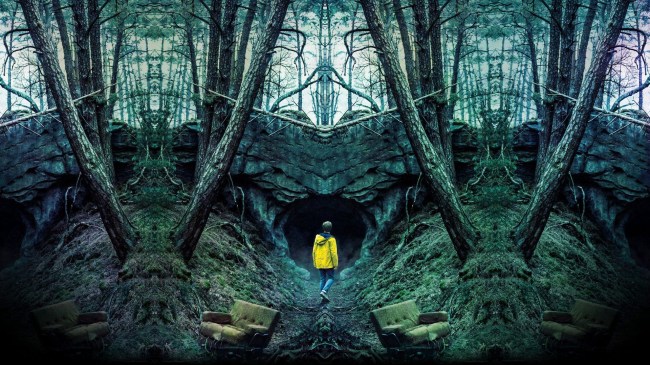 Presented in partnership with Vocal…

Note from the editor: This week we’re participating in “If This, Then That” Movie/TV Recommendation challenge over on Vocal. Want to win $10,000 writing about your favorite TV shows or movies? yourself? Here’s how.

WandaVision held captive our collective attention while the audience insisted on creating connections and thinking up theories that weren’t really there. Game of Thrones naturally invited rampant speculation as the biggest television series on the planet that was also deeply rooted in mythology and mystery. Both attracted and grew their sizable fanbases by the intense engagement and internet sleuthing that they generated. On that front, both owe a deep debt of gratitude to Lost.

Though the intrinsically unclear nature of Lost eventually became its undoing, the show’s early prominence was directly tied to the conversation it inspired, the online fan communities it brought together, and the rabid theorization that resulted. It was the first TV child of the internet age, tapping into our newfound online connection and platforms to turn an ambitious broadcast drama into a full-fledged phenomenon. For perhaps the first time in the small screen’s history, audiences were no longer passive bystanders. Ongoing puzzles for viewers to solve brought them directly into the mix and complex character interactions served as the foundation of Lost’s success. If those are the elements you found attractive and endeared you to the island, then Netflix’s German-language science fiction series Dark is a worthy successor to the mantle.

Vocal​, a storytelling platform for creators, teamed up with ​Decider.com​ for an awesome opportunity: the ​“​If This, Then That​” Challenge​. The Challenge gives entrants the chance to win cash prizes as high as $10,000 for recommending a show or movie based on existing fan favorites, and encourages discovery around the best streaming content available today.

By sharing your perfect ‘if this, then that’ formula to decide on a TV show or movie, you can introduce readers to their next binge-watch — talk about having an impact. For example, if someone loves the cult-classic ​Goodfellas,​ then the TV show ​Peaky Blinders​ is a no-brainer to add to their queue.

So, exactly how much money’s on the line by showing your voice in the ​“​If This, Then That​” Challenge​? Take a look at the different tiers below.

Amongst the judges are film critic, author, and journalist, Glenn Kenny, and Lea Palmieri, a host, writer, producer, and the current Director of Creative Strategy at Decider.com, along with members of the Vocal team. The ​“If This, Then That” Challenge​ will definitely have high expectations, but that’s what makes this whole thing fun and unique, right? So, don’t hold back and share why you’re recommending your favorite TV shows and movies, and who should watch them.

To be eligible to enter, you must have a ​Vocal+​ ​membership, which grants access to Vocal+ exclusive Challenges, along with increased monetization opportunities, premium creation tools and features, and additional perks on the platform. You can sign up for ​Vocal here​, ​and then use the promo code ​BROBIBLE50 ​at checkout to receive 50% off your first month’s membership.

Vocal is accepting submissions for the​ “​If This, Then That”​ ​Challenge through​ March 30, 11:59pm EST. The promotional offer is valid through the duration of the Challenge.