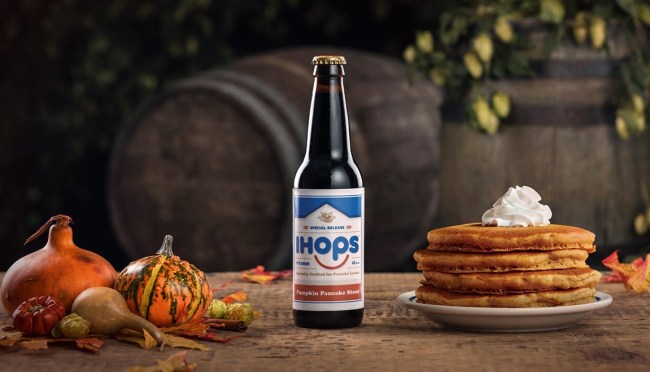 Fall is officially here along with its various traditions, whether we’re talking about paying for the privilege of picking apples instead of having someone do the job for you or getting way too into gourds.

However, there’s one major reason I look forward to the onset of autumn every year: the return of pumpkin beers.

It seems like these brews hit shelves earlier and earlier every year but I try to wait until the leaves begin to change and there’s a chill in the air before picking up a pack of Dogfish Head’s Punkin or a bomber of Southern Tier’s Pumking (which is getting taken to the next level this year in the form of a barrel-aged variety).

Argh! This year, Rum Barrel Aged Pumking makes the leap to a Barrel House series beer, with an ABV of 13.4%! Available in 500ml bottles and on draught, find it in your area here: https://t.co/LbQ1Q5PUzc. pic.twitter.com/EQlf1yYECL

Of course, it’s not truly fall until I indulge in the guilty pleasure that is ordering a pint of Shipyard’s Pumpkinhead with a cinnamon sugar rim.

Essentially every brewery in existence has their own variation of the style and now there’s a new player in the game from an unlikely source: IHOP.

The next big thing from IHOP is brewing. Literally. Find it at https://t.co/sUtZutuPGt #IHOPS pic.twitter.com/1DH1Knjdox

The IHOPS (get it?) Pumpkin Pancake Stout is the result of a collaboration between the chain and Hudson Valley’s Keegan Ales.

To create the beer, the brewery harnessed the power of IHOP’s spiced pancake batter for maltiness in addition to maple syrup to give the stout some sweetness.

I’d love to tell you that you can find the beer in restaurants around the country, but sadly, IHOP doesn’t serve alcohol at any of their locations.

However, if you’re in New York City, you can pick up the beer at a few places in Manhattan and Brooklyn in addition to some beer festivals up until October 28.