An Influencer Got Called Out For Doing A Photoshoot Of Her Motorcycle Accident, She Denies It’s A Brand Campaign 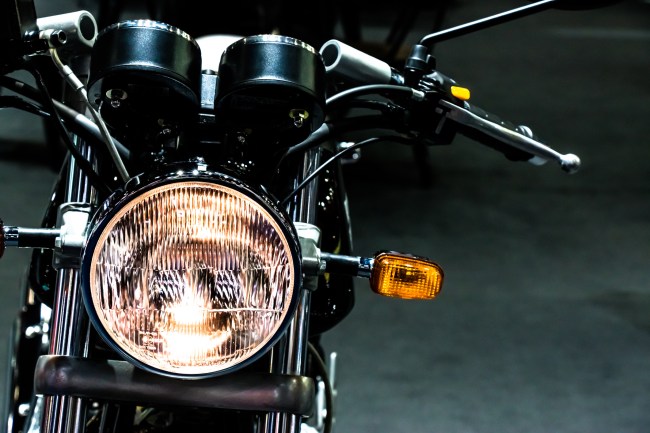 Nashville-based Lifestyle blogger and Instagram influencer Tiffany Mitchell survived a recent motorcycle accident. After going through any harrowing life experience it is very natural to want to share that experience with others as you work through it. This is a normal coping mechanism.

So I don’t really question her drive to share news of her motorcycle accident on her Instagram page with her 211,000+ followers. What has me puzzled is the execution of it all. From the outside looking in, it appears as if she did a full-blown influencer-style photoshoot complete with product placement.

She’s denying that this accident was staged or part of a brand campaign and I don’t blame her. Who in their right mind would ever want to admit they staged a motorcycle accident to show off some Smartwater on their Instagram page? That would be insane, right?

BuzzFeed News reporter Tanya Chen reached out to Tiffany about this weird photoshoot and why it looks like it was staged with branded product placement and that’s where Tiffany issued her denial:

Tiffany Mitchell, who has over 211,000 followers on Instagram, told BuzzFeed News she “would never turn a very important personal story like this into a brand campaign.”

“I’m sad that some people are taking it that way,” she added, before requesting BuzzFeed News not proceed with writing this story as it would “draw negative attention.”

I understand her concern about this drawing negative attention. She just went through a motorcycle accident and has since deleted the photos of her posing on the ground after the incident. The last thing a person wants after an experience like that is people questioning the nature of the accident. Her Instagram caption was long and emotional:

Mitchell described the incident as “unreal,” and described a scene where after she was thrown off her bike, strangers tended to her and helped load her bike on a trailer.
“We all drove back to my house with a green light from angels that cleaned me up in the ambulance, sat with our new friends listening to music and laughing until I fell asleep,” she wrote.
She wrote that she lost a partner to a motorcycle accident three years ago, so the accident especially affected her.
“I’m resting and healing up my arm, and @ianwhitetattoos may need to touch up my wildflowers, but I am feeling so much better,” she concluded the long caption. (via)

Initially, her comments were flooded with Thoughts and Prayers™ and followers wishing her a speedy recovery. Then it quickly turned to ‘why did she do a full-blown professional photoshoot DURING a motorcycle accident???’ Some fans accused her of posing for the photos. She denies this.

Tiffany says that she didn’t realizer her photographer friend was taking the photographs:

“I didn’t know she was taking them, but later on when she showed them to me I was so grateful that she captured such an intense moment for me.” “All motives for taking the photos and sharing them along with the details of the experience were good,” she said.

Here’s a picture from earlier this month, a very clear ad for Herbal Essences. She’s no stranger to posting pictures like this to her 211K followers with #ad in the caption. A quick scroll through her feed shows quite a few posts like this which is normal for an influencer, that’s the model for getting paid in that line of work:

Then there was a photo where a bottle of Smartwater was displayed prominently. Why? Even if we’re supposed to suspend belief to the point that we actually believe a person did a full-blown photoshoot in the immediate aftermath of a motorcycle wreck, why are we supposed to believe the photographer would snap a photograph of a Smartwater bottle with the injured rider in the background?

On what fucking planet does any of this make sense??

I’m inclined to believe the model here because I’m generally a trusting and naive person. I’d like to think that she was in good hands while recovering from the accident and her close friend who wasn’t able to offer any support in that moment thought she’d support the injured Tiffany by documenting the ordeal. And that random bottle of Smartwater was just there because someone offered it to her for hydration.

But it’s 2019 and we’ve reached the point where NOBODY thinks it’s even slightly out of the realm of possibility that an Instagram influencer who makes a living from sharing SponCon on their IG page wouldn’t do this. The idea that an influencer would either stage or brand an accident seems 100% plausible at this point in time.

If you want to see those pictures from the photoshoot of Tiffany’s accident, click here to head on over to BuzzFeed News.