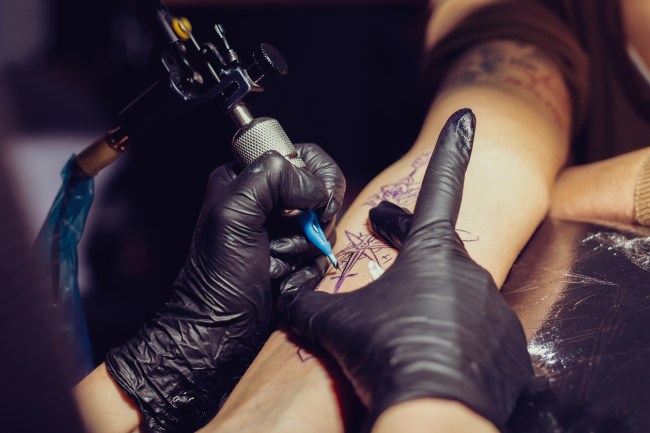 Something I’ve been thinking about a lot recently is how a Boomer relative of mine saw Post Malone on TV and made some remark about how he’s probably out of control/unhinged and I was forced to spend at least 15 minutes explaining that Post Malone is actually one of the nicest, most humble people in the music industry today.

It was the face tats. They saw Malone’s ink and assumed he was some sort of criminal. It’s 2020 and we still haven’t moved past this bullshit. And honestly, I don’t foresee a future where tattoos aren’t stigmatized unless we reclaim the face tattoo from gangs like MS13 who famously get the teardrop tattoo for kills, or at least that’s what I learned from the news back in the 90s.

New York-based comedian Shayne Smith (@Shaydozer) is covered in tattoos to the point that Boomers assume he’s unemployable. Here he sounds off on the dumbest shit people have ever asked him about his tattoos and I wanted to share it with you bros today in the off chance that anyone out there has ever been guilty of asking these dumbass questions, or has been asked these questions. And 100% feel free to share this article with anyone that needs to see it.

My body is my book, my tattoos are my story:

It’s finally time to get a Simpsons tattoo. The show is after all almost single handedly responsible for my career if I’m honest with myself.

I feel like it’s hard to say this in a genuine way but I’m 100% in favor of everyone getting at least one bad tattoo at some point in their life as long as it is counter-balanced with some good tattoos. I have an awful one that I rushed into that I’m going to add some interesting artwork around soon. I can’t decide if a ‘eat my shorts’ tattoo falls in the former or the latter, not that my opinion matters whatsoever because I’m just here to say we need to stop judging people based on their tattoos.