Instagram To Start Hiding Likes As Soon As Next Week 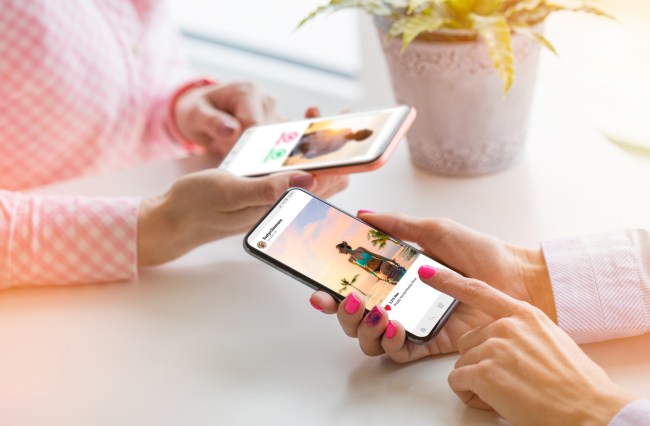 Instagram announced that they are going to start “hiding” Likes on their social media platform as soon as next week. Thoughts and prayers to Instagram models and social media influencers.

On Friday, Instagram CEO Adam Mosseri announced the massive evolution of their social media platform at the WIRED25 conference in San Francisco. The photo-sharing service had previously been testing the new format for a few months in seven countries around the world: Ireland, Italy, Japan, Brazil, Australia, New Zealand, and Canada, where it first debuted. The new feature will be rolled out in the United States as early as next week for some U.S. users.

WATCH: Instagram CEO Adam Mosseri announces that the platform will start hiding likes for US audiences starting next week. It's the latest step in Instagram’s quest to become the safest place on the internet. https://t.co/BGkMG57rdk #WIRED25 pic.twitter.com/WNTyAPVhaD

Instagram hopes that hiding Likes will cut down on accounts competing with each other, especially for younger users who feel pressure to attain attention on the social media platform and may get depressed if they don’t get as many Likes as their friends.

“We’ve been testing… hiding likes,” says Instagram’s Eva Chen. “The idea is really just to free up expression and creativity. Instagram really wants to be the safest… friendliest, and kindest platform out there.”

Highlight: “We’ve been testing… hiding likes,” says @instagram’s @evachen212. The idea “is really just to free up expression and creativity… Instagram really wants to be the safest… friendliest… and kindest platform out there.” https://t.co/xpAujlCWBd #YahooAMS pic.twitter.com/5tEYUjrson

Facebook, which owns Instagram, has also announced plans to hide Likes in the future. “We are running a limited test where like, reaction, and video view counts are made private across Facebook,” a Facebook spokesperson said. “We will gather feedback to understand whether this change will improve people’s experiences.

A survey by #paid of Canadian influencers who no longer had Likes, said they have seen the number of Likes drop on their posts and growth of their follower counts slowed. Of the influencers, 35% of them either hated or disliked the new “no likes” rule experience thus far, compared to 34% who loved or liked the new feature.