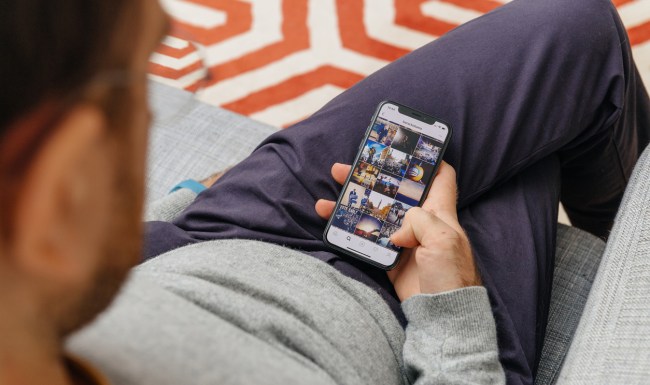 The average person spends over nine hours a day glued to some sort of screen, which is the same amount of time you’d need to make it through the entirety of The Lord of the Rings trilogy or, if you really want to make good use of your time, watching Tremors six times in a row (if Ron Swanson has taught me anything, there’s no such thing as having too much Bacon in your life).

These numbers may be skewed a bit due to the fact that the vast majority of people rely on some form of technology to make a living, and while you can try to justify the amount of time you spend harnessing the powers of the various devices in your life, I think most people would admit they waste more of their time dicking around on the internet— especially social media— than they probably should.

Thankfully, there’s no real metric to quantify exactly how much time you spend browsing the likes of Twitter and Instagram (or Facebook, if you’re still into that kind of thing)… at least until now. According to Tech Crunch, Instagram is planning on introducing a feature dubbed “Usage Insights” that will track the amount of time you spend on the app, which is basically a button you can press whenever you decide you’re in the mood to feel bad about yourself.

The feature was originally found tucked away in the app’s code, and shortly after it was discovered, Instagram CEO Kevin Systrom confirmed the upcoming rollout on Twitter.

However, Systrom claimed the feature is intented to be beneficial, saying:

“We’re building tools that will help the IG community know more about the time they spend on Instagram – any time should be positive and intentional . . . Understanding how time online impacts people is important, and it’s the responsibility of all companies to be honest about this. We want to be part of the solution. I take that responsibility seriously.” This article has been updated to reflect the confirmation.”

There’s no word on exactly when the feature will be introduced, but I’d like to extend my thoughts and prayers to anyone who has trouble coming to terms with their reality when it is.