Good Luck Watching This 13-Minute Supercut Of Influencers In L.A. Doing Their Thing Without Punching Your Screen 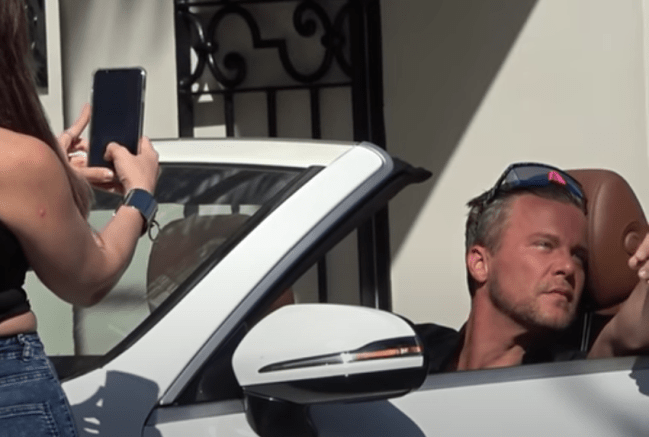 When I was a kid, I kind of assumed you’d wake up one morning and discover you’d miraculously transformed into a functioning adult with a firm grip on life and the ability to navigate The Real World with ease, but with my 30th birthday just around the corner, it’s becoming increasingly clear that magic moment may never arrive.

I’ve somehow spent the last decade getting paid to write things on the internet, and while I like to think there’s a reason I’ve been able to do it for as long as I have, I’m still constantly grappling with the possibility that it’s only a matter of time until it all comes crashing down when the powers that be realize the people who’ve spent years hopping into my mentions to tell me how much I suck were right all along.

If you know what it’s like to deal with imposter syndrome, then you’re probably aware that it can be hard to convince yourself you actually know what you’re doing when you’ve worked with other people who’ve successfully harnessed the “fake it till you make it” strategy, a concept I was first introduced to in high school when my teacher stressed the importance of inflating job titles while putting together a résumé.

I never really understood that advice, because even if you manage to land an interview thanks to your experience as a “Waste Management Engineer,” you’re probably not going to get hired as a manager at a recycling plant when you’re forced to reveal that job involved picking up trash at a Little League complex for a summer. However, that approach is still alive and well—especially when it comes to the only résumé that really matters these days: your social media bio.

If you see “CEO” or “Founder” in the blurb at the top of someone’s profile, there’s a very good chance that they’re the one and only employee at that company, but there’s nothing that says “My job is not having a job” quite like “Influencer.”

The world has been shitting on people who dream of making a living promoting herbal teas on Instagram for so long that it’s almost become passé and I’ve even noticed some pushback as more and more people seem to argue we’re too hard on anyone who rents a fake private jet for a photoshoot or go to protests for the clout because “they aren’t hurting anyone.”

However, I’d like to present a counterpoint in the form of this 13-minute video put together by a guy who drove around Los Angeles to capture some footage of Influencers Doing Influencer Things, as my brain hurt by the time I finished watching it based on how hard it was for me to process almost all of it.

If anyone reading this knows how I can get in touch with David Attenborough, I’ve got an idea for a Planet Earth spinoff I’d love to run by him.