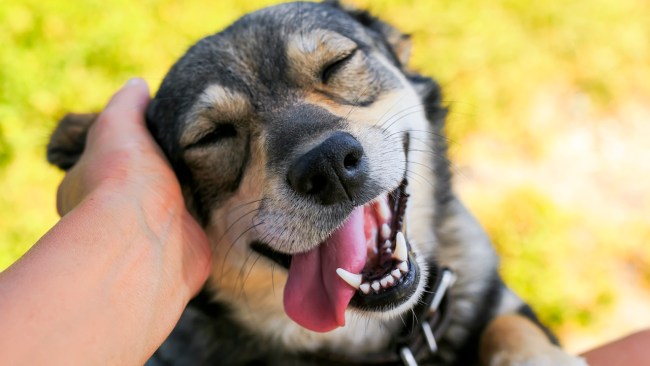 This is why I’ll never understand (and therefore never trust) cat people: they prefer to own an animal that wishes it could kill them over an animal that will literally stand by your side for hours on end after you fell down a ditch in the middle of the night.

The latest edition of “this is why dogs are the superior house pet” comes to us out of Ireland, where a man by the name of Pat Brennan was rescued by police in part thanks to his four-legged best friend.

According to the Irish Independent, Brennan — 62-years-old — was walking with his dog as he “ended up falling sideways down the bank and out of view”

“I’m a bit of an astronomy geek, and I had noticed a planet beside the moon while out walking, and I was looking up, wondering which one it was,” Brennan told the Irish Independent.  “Jack was scratching around beside me, and when I went to move on again, he kind of jerked the lead and knocked me off balance.”

“I’ve had a stroke in the past so my balance isn’t great, and I ended up falling sideways down the bank and out of view. I knew there was no way I could get out, and I also feared that Jack might just run off, because he’s only a pup.”

Luckily for Brennan, Jack didn’t cut bait and bail, as he was ultimately partly responsible for Brennan’s rescue, as police later acknowledged they would not have been able to find Brennan as quickly as they did if it weren’t for the dog, accord to the Irish Times.

Brennan’s wife Melanie agreed, telling the Irish Times she believes the police would have driven past her fallen husband if it were not for the loyal pup:

“The [police] would have driven past but for Jack sitting there. When the ambulance came, Jack would not move for anybody until he saw Pat was in the ambulance.”

So if you ever find yourself debating whether to get a cat or a dog, just remember that one will save your life while the other contemplates ways to end it.