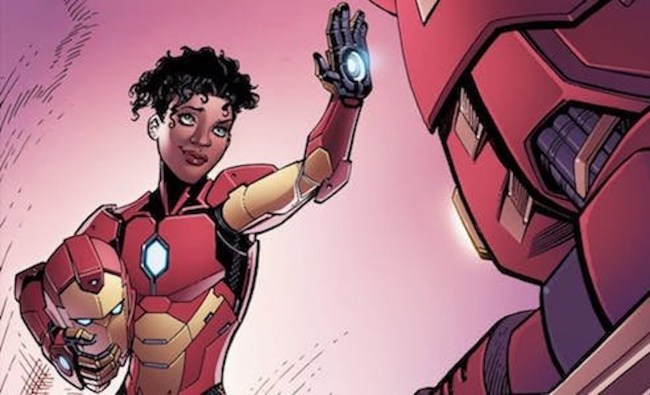 Last summer, we brought you the rumor that Disney+ was developing an Ironheart series, which could potentially open the door for Robert Downey Jr. to return as Tony Stark in some way, shape, or form. Those rumors have now gained further momentum, as plugged-in sources such as The Disinsider are now reporting the story.

Ironheart — real names Riri Williams — is a teenage engineering genius at the Massachusetts Institute of Technology who builds a suit based on Tony Stark’s Iron Man. The character was first created in 2015.

Considering the events of Avengers: Endgame, while it’s unlikely that Tony Stark would be able to return in his traditional live-action form, there have long been *rumors* that Marvel Studios would like to have Downey Jr. provide the voice for an A.I. system, similar to his very own JARVIS, who was originally voiced by Paul Bettany (who then became Vision).

The Mouse House is certainly delivering on their promise of making Disney+ relevant, as an Ironheart show would mark the ninth Marvel Cinematic Universe to be developed for the streaming service, joining the likes of The Falcon and The Winter Soldier, WandaVision, Loki, What If…?, Hawkeye, Ms. Marvel, Moon Knight, and She-Hulk.

The first of those series to be released was supposed to be The Falcon and the Winter Soldier, which was originally scheduled to hit Disney+ in August. However, given our current global situation, it’s unlikely that the first-ever Marvel Cinematic Universe series on Disney+ will be released on time, as they were forced to shut down production back in March.