Here Are The First Reactions To ‘IT Chapter Two’ 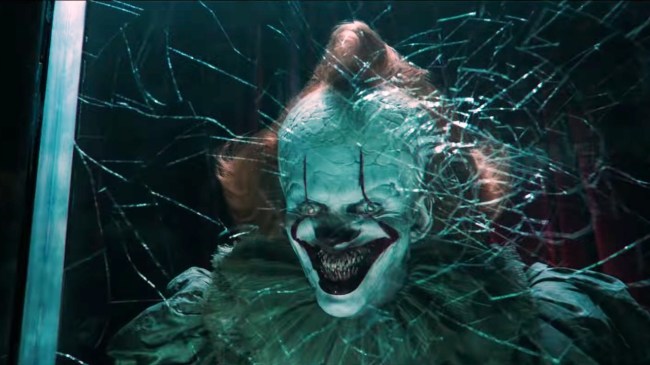 Back in 2017, when a remake of the Stephen King classic IT was on the way from a largely unheard of director, the general consensus among the movie-going public was one of frustration: “Another remake? Really? Seriously? AGAIN?!”

But, while most remakes and reboots are shameless cash grabs, IT proved that it was much more, as it was not only one of the best scary movies in recent years, but it was also one of the highest-grossing films of the year.

However, while IT was a surprising success both critically and financially (it made north of $700 million on just a $35 million budget), unfortunately, it appears that IT Chapter Two fails to live up to those lofty standards:

#ITMovie is SO SO SO GOOD. Yes, it's slower than the first but the pacing really allows the story to grow and the characters to define themselves. The scares were fun and wisely timed. My fave thing is how it truly hones in on the effects of trauma, just like Stephen King did.

#ITChapterTwo lacks the spark of the original with an incredibly weak script. A good cast is wasted on CGI and wonky de-aging. Hader and Ransone are MVP. Full review coming to @CulturessFS soon.

For the most part I liked IT CHAPTER TWO. First half (of this pretty long movie!) is great. And the new adult cast is stellar. Second half isn’t as tight. And overall Chapter Two isn’t as tight as the first movie.

#ITChapterTwo is a terrific companion to #ITChapterOne. Similar vibes, great ensemble chemistry w/ a nice mix of humor and horror. Part 2 plays heavier in tone, dealing w/ defeating the burden of childhood trauma, & I definitely teared up at the very end. Bill Hader steals it pic.twitter.com/bjiwtJufNQ

#ITChapterTwo is big and ambitious and can't *quite* handle the weight of its aspirations, but it's still a fine piece of heartfelt horror. The parts that work, work REALLY well and Bill Hader is every-bit the scene-stealing standout we all hoped he'd be.

#ITChapterTwo is probably scarier than chapter one – more Pennywise imagery to haunt your dreams. But it also loses a lot of charm in the shift in focus from the coming of age to the now adult characters. At nearly 3 hours it feels long.

Really enjoyed #ITChapterTwo. Still not sure if it needed to be as long as it was but I enjoyed the performances thoroughly. Also, thanks for all the horrific images that’ll never get out of my head. pic.twitter.com/YJJ7vKe0dW

#ItChapterTwo has some excellent set pieces and a few great performances, but it's also got big problems. It's very contrived, the jokes get in the way of the scares and it relies too heavily on flashbacks about the kid Losers instead of developing the adult versions. pic.twitter.com/SwixiPU2De

It Chapter Two sees the characters from the first movie all grown up, this time portrayed by the likes James McAvoy, Jessica Chastain, Bill Hader, Jay Ryan, Isaiah Mustafa, and James Ransone. The film sees the Losers Club return to the town of Derry 27 years after the events of IT, once again confronted with the horrors of Pennywise.

Here’s the official synopsis for IT Chapter Two, via Warner Bros.:

Twenty-seven years after the Losers Club defeated Pennywise (Bill Skarsgård), IT returns to terrorize the town of Derry once more. Now adults, the Losers have long since gone their separate ways. However, the kids are disappearing again, so Mike (Isaiah Mustafa), the only one of the group to remain in their hometown, calls the others home.

Damaged by the experiences of their past, they must each conquer their deepest fears to destroy Pennywise once and for all… putting them directly in the path of the clown that has become deadlier than ever.

And while IT Chapter Two may not be the same home run that its predecessor was, it clearly succeeds in the one thing we all already knew to be true: that Bill Hader is, in fact, the fucking man.

IT Chapter Two will be released in theaters in the United States on Friday, September 6.