Ja Rule Releases New ‘Fyre’ Song Giving His Side Of The Story About The Failed Festival, Raps About Andy King 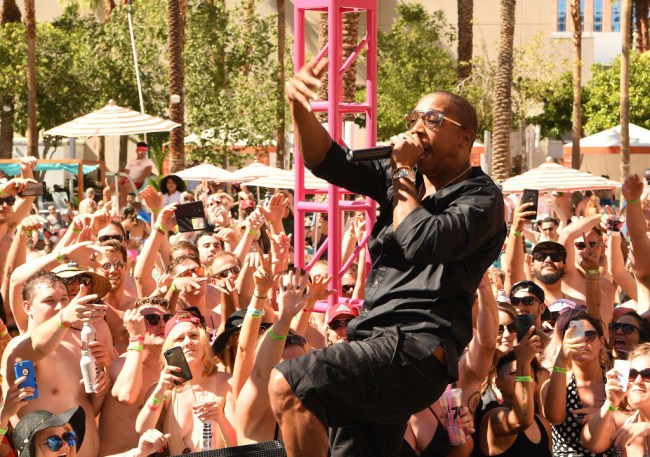 Ja Rule certainly subscribes to the “there’s no such thing as bad publicity” mantra. The Livin’ It Up rapper is using the Fyre Festival debacle to promote his new music. We’re writing about the new track, so Ja Rule is savvy to do so. Especially since he needs all of the PR he can get since he really hasn’t had a hit song since 2004’s New York featuring Fat Joe and Jadakiss.

The track that samples Doug E. Fresh and Slick Rick’s classic track The Show, references the Fyre Festival that he was involved in. “The fest—the festival is on fire/We don’t need no water, make that motherf*cker hotter,” Rule raps on the track. “Hotter than the sun, but it wasn’t that/Show of hands if you got your money back?/Just playing, I got sued for that/100 mil to be exact.”

Please don’t tell Andy King that the Fyre Festival doesn’t need water, especially after all he was willing to do to secure water for the dumpster fire of a festival organized by Billy McFarland who is currently in federal prison.

“I’m still working on the album it’s coming out dope… be patient wit me I’m working on a lot!!! Feb. 29 new date my bday,” Ja Rule said on Instagram.

The Murder Inc. rapper is able to joke around about the Fyre Festival that stranded concert-goers and robbed thousands of people of money because Ja Rule recently received some good news about his role in the catastrophe of a music event in the Bahamas.

Ja Rule was cleared of any wrongdoing by a judge for his complicity in the Fyre Festival. In November, a judge dismissed Jeffrey Atkins AKA Ja Rule as a defendant in the $100 million class-action lawsuit over 2017’s Fyre Festival.

“In July, the Court dismissed all Fyre Festival claims against Mr. Atkins. After this loss, plaintiffs’ law firm Geragos & Geragos appealed that decision, and the Court denied their appeal. This ruling is nothing short of a total vindication of Mr. Atkins,” said Ja Rule’s attorney Ryan Hayden Smith in a statement.

Ja Rule took a legal victory lap in the Fyre song. “In the people’s court, baby they’ll hang ya, like their ancestors,” Rule said in the song. “Full sabotage, it ain’t fraud.”