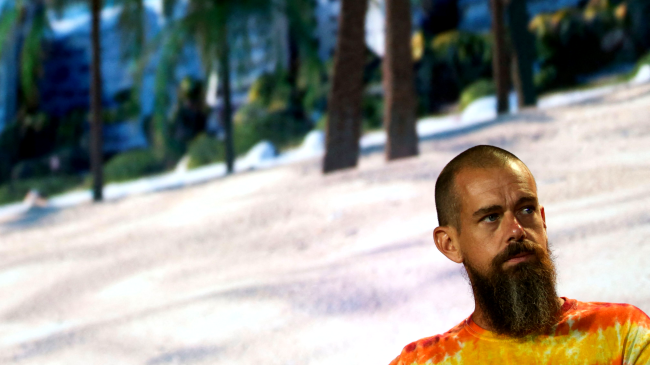 A Monday morning report by CNBC claims that Twitter co-founder and CEO Jack Dorsey will be stepping down from his position with the company.

The report, despite no actual confirmation, is being taken very seriously by the media as well as investors with the news being echoed by CNN, Bloomberg, and Reuters.

Shares of Twitter immediately jumped up as much as 10% in pre-market trading Monday upon the release of the news before trading was halted due to the news about Dorsey, who currently serves as both the CEO of Twitter and Square, being considered pending.

…the next CEO will have to meet Twitter’s aggressive internal goals. The company said earlier this year it aims to have 315 million monetizable daily active users by the end of 2023 and to at least double its annual revenue in that year.

Dorsey faced an ousting last year when Twitter stakeholder Elliott Management had sought to replace Jack Dorsey as CEO. Elliott Management founder and billionaire investor Paul Singer had wondered whether Dorsey should run both of the public companies, calling for him to step down as CEO of one of them, before the investment firm reached a deal with the company’s management.

According to Reuters, the 45-year-old Dorsey and the board of Twitter have already decided on his successor, but did not reveal who that person will be.

A source near the situation also told Reuters that the company’s board has been preparing for Dorsey’s departure since last year.

Reactions on social media, and in particular, on Twitter to the news about Jack Dorsey stepping down as CEO of the company he co-founded were the usual mix of jokes and criticism. Mostly jokes, though.

“Stock price surges on hopes of finally getting an edit button”

Is he taking the LSU coaching job?

Jack Dorsey to Oklahoma? Hell of a hire https://t.co/z8LnvRRiv7

Jack Dorsey is stepping down…he about to pull a Tom from MySpace pic.twitter.com/Qbcz1wcuxm

Jack Dorsey is stepping down as CEO of Twitter and will be replaced by Steve68939285.

Funny how news breaks of head Twit Jack Dorsey stepping down the same day as the Ghislaine Maxwell trial begins.... what does Jack say? pic.twitter.com/kbH22sIaGC

Even NFL star Ndamukong Suh got in on the action.

Can’t be that different from what I’m doing these days.

RT if you endorse.

Really though, it was all about getting an edit button.

BREAKING: Jack Dorsey is stepping down as the CEO of Twitter.

Can he leave an EDIT button behind as his parting gift? 🤔

If Jack Dorsey is stepping down as Twitter CEO, does this mean we can finally edit our tweets?

This is a real inquiry.

Tweeps: Give us an edit button or step down

Jack Dorsey resigned. The immense pressure for an edit button was just too much.

The first thing @Twitter CEO Jack Dorsey‘s successor should focus on is an edit button.