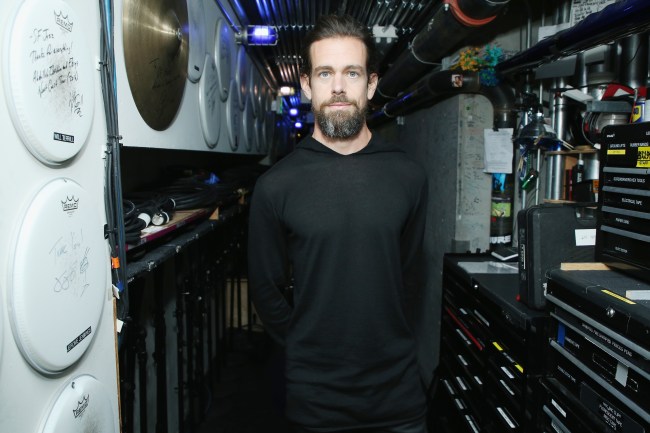 Rich people, they’re just like us, right? Totally. They’re not weird at all and money doesn’t poison the brain in any way, shape, or form.

At least that’s the impression I was left with after reading this excerpt in a Rolling Stone interview with Twitter CEO Jack Dorsey whose net worth is estimated at $4.9 billion. In the interview, he was asked about his most memorable encounter with Facebook founder and CEO Mark Zuckerberg whose net worth is an estimated $57.1 billion making him the 7th richest man on the planet.

Twitter CEO Jack Dorsey, or @jack as he’s known on Twitter (find me at @casspa), dropped a story about how Mark Zuckerberg slaughters his own livestock in Palo Alto and uses a damn laser gun before taking it down with a knife.

This, my dudes, is not a story I ever expected to hear about Mark Zuckerberg. He’s a Harvard alum who looks like he’s 130-pounds wet and I’ve never gotten the impression he could take down a pigeon if it flew at his head.

Here’s the story via Rolling Stone:

“What was your most memorable encounter with Zuckerberg?

Well, there was a year when he was only eating what he was killing. He made goat for me for dinner. He killed the goat.

In front of you?

No. He killed it before. I guess he kills it. He kills it with a laser gun and then the knife. Then they send it to the butcher.

I don’t know. A stun gun. They stun it, and then he knifed it. Then they send it to a butcher. Evidently in Palo Alto there’s a rule or regulation that you can have six livestock on any lot of land, so he had six goats at the time. I go, “We’re eating the goat you killed?” He said, “Yeah.” I said, “Have you eaten goat before?” He’s like, “Yeah, I love it.” I’m like, “What else are we having?” “Salad.” I said, “Where is the goat?” “It’s in the oven.” Then we waited for about 30 minutes. He’s like, “I think it’s done now.” We go in the dining room. He puts the goat down. It was cold. That was memorable. I don’t know if it went back in the oven. I just ate my salad.

It’s hard to find a metaphor in that.

I don’t know what you’re going to do with that, but hopefully that’s not the headline. Revenge is a dish best served warm. Or cold.”

I can’t help but think ‘laser gun’ is somehow getting lost in translation here among the Silicon Valley elite. I might be wrong, I HOPE I’m wrong. I genuinely hope that Mark Zuckerberg has some crazy futuristic laser gun he bought at a James Bond: 007 auction.

The entire interview on Rolling Stone is pretty great. As someone who thinks that Facebook is a complete waste of time and the world would be better off without it, I enjoyed seeing Jack take some well-deserved shots at Facebook and how they overinflate their place in the world:

Based on the time you spent with him, would you be able to lay out your philosophical differences with someone like Mark Zuckerberg? Twitter and Facebook have approached the world in different ways.
I would love to. I just don’t know what his philosophies are. I don’t know what their purpose is.

Facebook’s purpose?
Mm-hmm. I know what they say, but I don’t know. I see Mark as a very, very smart businessman. He will excel to gain as much market share as possible.

The world would be a much better place without Facebook. It would probably be a better place without Twitter (find me at @casspa) but I’m also mildly addicted to Twitter and get most of my news from there whereas the only reason I ever look on Facebook these days is to check up on birthdays or ‘unlike’ a page after I received a notification from them.

You can read the full interview on Rolling Stone by following any of those links above!