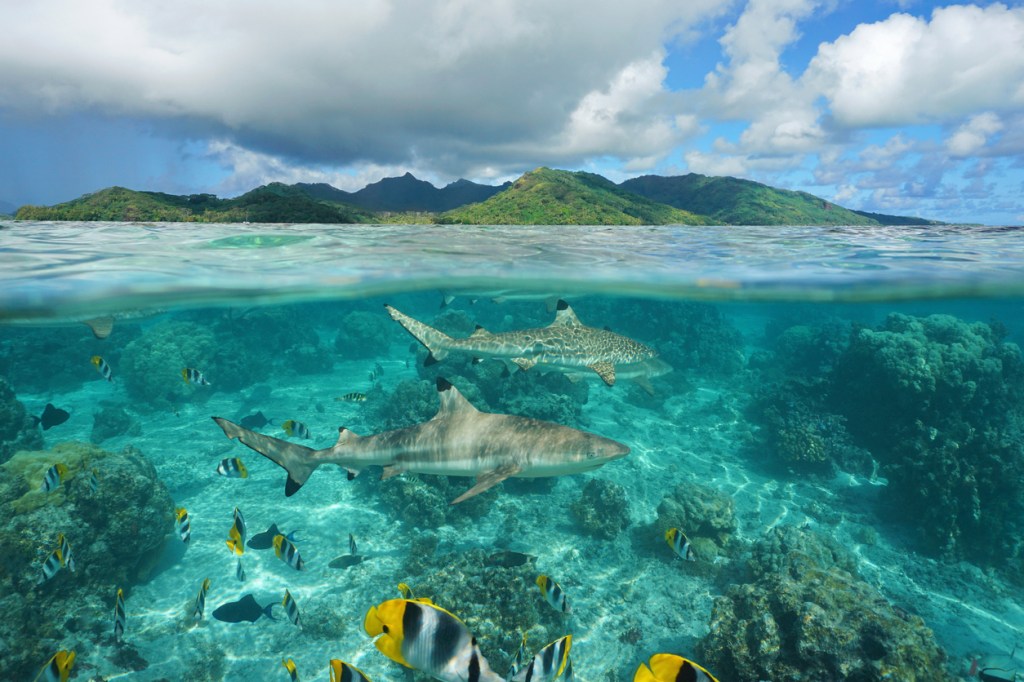 Sean ‘Poopies’ McInerney from Jackass just became the first person in 30+ years of Shark Week television to get bitten by a shark during Shark Week. It only took the Jackass 30 minutes with sharks in the water to do something that hasn’t been done in 30 years. Amazing.

Poopies is a regular fixture of the Jackass franchise. He might not have the name recognition of Steve-O or Johnny Knoxville but he’s right there doing the biggest stunts. Still, nobody ever expects to take a gruesome shark bite for the Jackass franchise. The ‘Wild Boyz’ took some gnarly bites from animals but this is way beyond that.

Poopies hopped on his YouTube channel to discuss the accident. He missed the wakeboard jump and landed in the worst possible place which triggered the bite.

Warning: you are about to watch someone get bitten by a shark. That’s also not the hardest part. His emotional reaction to the bite is intense.

This part was hard to hear:

What did anyone really think was going to happen when a dude was launching himself off a boat and into a shark pit?

This reminds me of my Senior Trip after H.S. graduation. We went to Atlantis in Nassau. After leaving the “club” in the casino one night we were out near the waterslides and some tourist dude jumped in the tank. He then swam down and grabbed a shark fin and rode that shark for like 15 feet before swimming up to the tourist and away.

It was insane. But that was literally the best-case scenario. Any other outcome would’ve likely led to him being bitten and/or arrested.