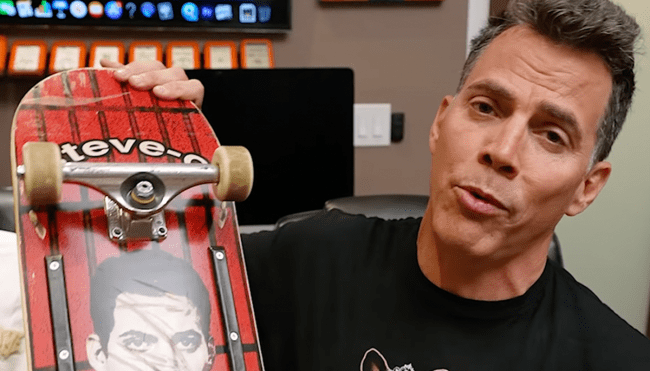 It’s been over two decades since the first episode of Jackass aired on MTV and almost as long since the merry crew of misfits banded together for their first movie, which featured stunts like an alligator chomping on Johnny Knoxville’s nipple, Dave England taking a dump in a floor-model toilet, and Steve-O snorting a line of wasabi.

The third film in the Jackass franchise was released in 2010, and based on everything the aging members of the squad had subjected themselves to over the years,  it wouldn’t have been hard to blame them for riding into the sunset after capping off the trilogy.

We were treated to a pleasant surprise in 2019 when the daredevils announced they’d be reuniting for one last hurrah in the form of Jackass 4, which is slated to come out in September. Things got off to a fairly rocky start after Knoxville and Steve-O landed in the hospital just a couple of days after shooting commenced, and the movie has been mired in drama concerning the erratic behavior that led to Bam Margera getting fired from the project (and resulted in director Jeff Tremaine getting a restraining order against him).

However, based on a video Steve-O recently threw up on YouTube, three new members will be picking up the slack after officially being added into the fold for Jackass 4.

A post shared by Go To Bed Grom (@poopiesgram)