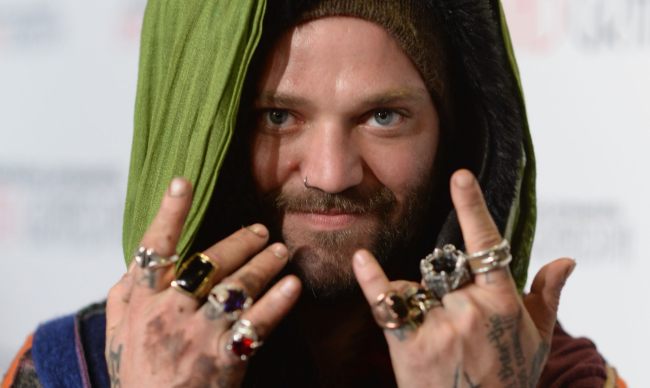 Jackass director Jeff Tremaine was granted a three-year restraining order against film franchise star Bam Margera after the actor made death threats for months against him and his family.

Tremaine, 54, had previously received a civil harassment restraining order against Margera, for, among many things, allegedly sending text messages to one of Tremaine’s colleagues claiming that he had “powers as a wizard” and “can create and strike lightning.”

Among the text messages the 41-year-old Margera allegedly sent to Tremine was one that read, “Look at your children and grab your pocket book and write a check, if you are greedy, and cheap, look at your children again. If you don‘t sign the paper, look at you children. Sign your stupid f—ing contract before your (sic) not safe anywhere.”

Page Six reports that, according to court documents, “Tremaine testified on Tuesday in front of a Los Angeles judge, who then issued the order with an expiration date of June 15, 2024.”

Margera must now stay at least 100 yards away from Tremaine, his wife, and kids for the next three years.

The director also told the court that Margera had written him text messages which read “I’m gonna kill you in one mother f—ing punch” and “Keep it up fat boy and I will continue.”

Bam Margera had already reportedly been fired from the fourth film in the Jackass series for breach of contract.

Following his being let go from the film franchise, Margera posted a series of videos urging fans to boycott the movie.

A month and a half later, Margera claimed the Jackass crew “tortured” him and claimed that he at one point was on 18 different prescription medications including Adderall, Wellbutrin, Lexapro, Seroquel, Lithium, Zoloft, and Zyprexa.

Bam Margera’s Jackass co-star Steve-O later called Margera out, claiming that “the two people you’re saying wrong you (Knoxville and Tremaine) are the same two people who organized the intervention which saved my life. Everyone bent over backwards to get you into the movie, and all you had to do was not get loaded. You’ve continued to get loaded, it’s that simple.”