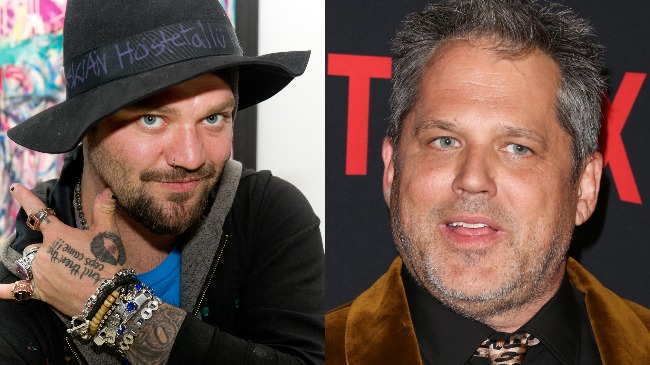 Last week, it was reported that Jeff Tremaine, Jackass’ director who’s been involved with the franchise since its inception, filed a restraining order against Bam Margera after the 41-year-old was permanently fired from Jackass 4 for, well, spin the wheel.At the time of the initial reports, it was unclear on what grounds Tremaine filed the protective order, but newly released legal docs obtained by TMZ prove Bam left him no choice.Tremaine claims Bam has been relentlessly harassing him since February, after Bam allegedly skipped out on a virtual meeting to discuss how Tremaine could help him with his sobriety struggles.Since then, according to docs, Margera’s threatened violence, compared Tremaine to Harvey Weinstein, fat-shamed him, and even claimed advised he and Johnny Knoxville to “pencil in there [sic] death certificate.”

In text messages exposed in court (read them in full here), Bam accused the director of being the reason he’s “batshit crazy,” calls him a racial slur, a “greedy fatso,” and threatens the lives of him and his children.

…”Sign the fucking contract or your life will change.”

The contract Bam was referring to is one he drew up himself.

In another text, Bam allegedly writes:

“Knoxville is going to watch his premiere with a deformed face as he still f*cks my friends girlfriend.”

Needless to say, the judge granted Tremaine the restraining order requiring Bam to stay at least 100 yards away from Jeff, his wife and kids.