Jake Gyllenhaal Could Return As Mysterio In A Solo Flim 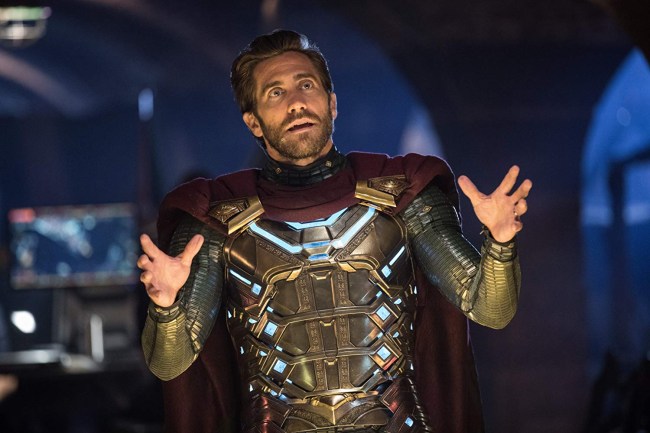 It’s a shame I have to open my article with a spoiler warning, but I don’t feel like dicking around today, so here it is: spoilers for Spider-Man: Far From Home will follow immediately after this paragraph. There, you’ve been warned.

Despite his apparent death at the end of Spider-Man: Far From Home, a recent rumor indicates that Sony is hoping to bring Jake Gyllenhaal’s Mysterio back into the fray for their own Sony Marvel Universe that already features Tom Hardy’s Venom, Woody Harrelson’s Carnage, Michael Keaton’s Vulture, and Jared Leto’s Morbius.

Rumors have already flown in the past that Sony has plans for a Sinister Six film, which would include Vulture (Michael Keaton), Mysterio (Jake Gyllenhaal), and Kraven (casting yet to be announced). While we cannot confirm the validity of that particular source or rumor, it does line up with Keaton’s Vulture appearing in the Morbius trailer as well as The Illuminerdi’s own information that Kraven will have MCU connections.

Our source specifically said that Sony wanted Jake Gyllenhaal back for a solo film, so anything beyond that is speculation on our part. [via The Illuminerdi]

Given Gyllenhaal’s star power, it would certainly be bizarre of Marvel Studios to cast him in a one-off role that’ll never be used again. Gyllenhaal is the type of actor who could headline a movie on his own and killing him off after just one appearance would be bad business.

There’s also the small matter of Sony setting a release date for a new Marvel film in October of 2021. While that movie has yet to be officially announced, fans have speculated that it will either feature Kraven the Hunter or the Sinister Six.

With Venom and Vulture (Michael Keaton) already established and Morbius (Jared Leto) on the way, Sony is just three villains away from completing their version of the Sinister Six, and Gyllenhaal’s Mysterio can certainly be one of them.