‘Spider-Man: Far From Home’ Director Reveals His Ideal Villain For The Third Film 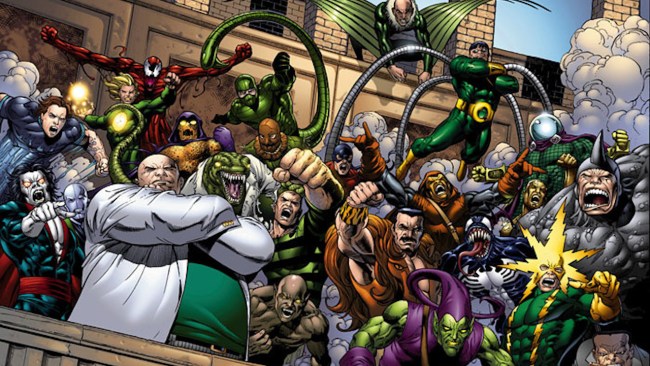 Perhaps unlike any major movie studio we’ve ever seen, Marvel Studios is essentially the Hollywood version of an assembly line.

They have their formula and they stick to it religiously, consistently producing about 2 to 3 films per year that all share similar looks, feels, styles, and quality.

So, given their machine-like nature, it should come as no surprise that Marvel Studios and the minds behind the recently released (and extremely well-received) Spider-Man: Far From Home are already mentally mapping out the eventual third film in the franchise.

Given that it *appears* Jake Gyllenhaal’s Mysterio dies at the end of Far From Home, the third Spidey movie has no choice but to introduce a new iconic Spider-Man rogue into the MCU, and if director Jon Watts has his say, that villain will hopefully be Kraven the Hunter.

Speaking to CinemaBlend‘s ReelBlend podcast, when asked which villain he’d like to adapt next, Watts did not hesitate before saying Kraven.

“Oh, I would love Kraven. It’s just the trick of how do you do Kraven in a movie?” Watts said.

Kraven the Hunter — real name Sergei Kravinoff — is essentially a deranged big game hunter who sees Spider-Man as the ultimate trophy kill. A founding member of the Sinister Six, while Kraven has never appeared on the big screen, his “Kraven’s Last Hunt” story arc is widely considered to be one of the greatest Spider-Man stories ever told.

It also helps that Kraven would be a natural fit for the third film, given that Mysterio revealed Spider-Man’s identity as Peter Parker in the post-credit scene, thus opening the door for psychos like Kraven to literally hunt him.

Given that Watts has smashed both Spider-Man: Homecoming and Far From Home out of the park, it’s safe to say that if he feels he can do the character justice, Marvel Studios will allow him to do so.

Love being caught in the web of the Marvel Cinematic Universe? Check out the rest of our MCU coverage: