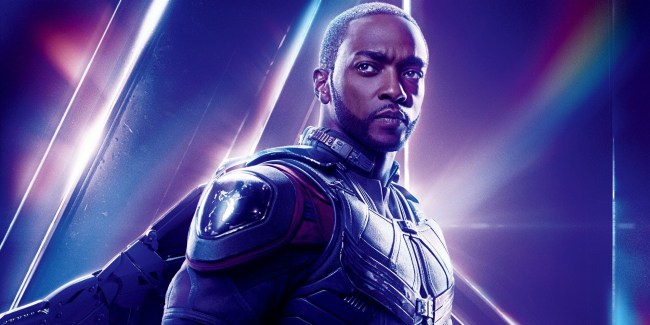 Over the course of the last decade, Marvel Studios has built such an impressively massive cast of characters that even some of their biggest stars have yet to be given their own movie.

Scarlett Johansson, who has been a part of the Marvel Cinematic Universe since 2010’s Iron Man 2, is finally set to get her own solo film in 2020, a decade after she first appeared as Black Widow. Hulk, who’s been through two different actors during the MCU era, hasn’t had a solo outing since 2008.

Yet despite these lack of headling movies, some of the most established actors in Hollywood still clamor for a part in the MCU because they know in the *endgame* (wink wink), whatever films they do appear in will ultimately be massively successful, both critically and financially.

Take Anthony Mackie, for example, who stars as Sam Wilson/Falcon/now Captain America (?) in the MCU. Mackie was so desperate to have a role in this behemoth franchise that he had his people literally email the powers that be at Marvel Studios.

Speaking to Men’s Health, Mackie said that in an effort to lock down a spot in the MCU, he reminded Marvel that he was “the black dude” from Best Picture winner The Hurt Locker (personally, I would have led with “I’m Poppa Doc from 8 Mile.“)

“My line was ‘Yo, I’m the black dude from The Hurt Locker. I would love to work with you guys.’” [Men’s Health]

And as we now know, not only has Mackie starred as Falcon in five MCU films thus far, but he’s being teased to take over the mantle of Captain America. Not too shabby.

Just goes to show you, whether it comes to getting a girl, a new job, or a role in a billion-dollar franchise: shoot your shot.