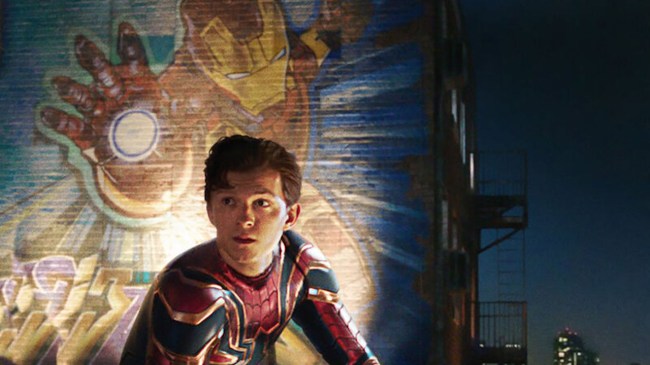 Given that Spider-Man: Far From Home directly follows Avengers: Endgame — which featured the largest character list in comic book movie history (and maybe movie history in general?) — it should come as no surprise that Marvel Studios decided to shift gears, scale down, and focus solely on their titular hero for the 23rd film in the MCU.

However, according to studio head Kevin Feige, that wasn’t necessarily always the plan.

Speaking to ComicBook, Marvel Studios president Kevin Feige and creative executive Eric Carroll revealed that they considered having Falcon (Anthony Mackie) — who is now technically Captain America — appear at some point during Far From Home.

“We briefly talked about bringing in Falcon as Captain America at the end, like maybe once Peter’s arced, and he’s sort of like leading the team, like maybe he calls in a favor,” Carroll began.

“But we also thought it was really important to the arc of this movie that there not be other Avengers available to Nick Fury or Peter, so he’d have to step up and do it himself.”

Feige echoed Carroll’s sentiment, reiterating that Far From Home is about Peter Parker’s growth as Spider-Man.

“Ultimately, Spider-Man: Far From Home is Spider-Man’s journey, whether any other heroes appear in it or not. It’s all about Peter stepping up. And Peter getting out of the shadow, not just of Tony but of the Avengers in general. Because by the way, he’s Spider-Man. He doesn’t need to be in the shadow of the Avengers.”

While no other Avengers appear in Spider-Man: Far From Home, their presence is certainly felt, as Iron Man is referenced seemingly every 15 minutes and other characters are constantly, and rightfully, asking where the hell the rest of Earth’s Mightiest Heroes are?

The decision was ultimately an intelligent one, though, as Spider-Man: Far From Home does well to further the audience’s personal connection with the character and position him to become the face of both the Avengers and the MCU itself.

All of this week's latest rumors, trailers, and releases mixed with the Classic Sitcom Moment of the Week, Throwback Watch of the Week, Netflix Gem of the Week, & Pop Culture Must-Cops.https://t.co/oKGwwZelqJ

Can’t get enough of the never-ending Marvel Cinematic Universe? Check out the rest of our recent MCU coverage: