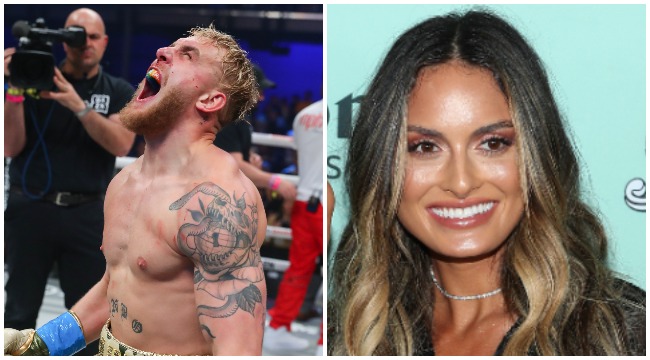 If I had known that Jake Paul was abstaining from sexual intercourse with his model girlfriend long before his fight with Nate Robinson, I would’ve drained my 401k and put my fully-loaded Kia Sorento in his favor in Vegas.

Last week, Paul told TMZ that he opted into the Mickey Goldmill approach to fighting and hadn’t bumped uglies with Julia Rose (aka World Series Flasher) in quite some time to ensure his peak strength for his fighting against the former NBA Slam Dunk champion.

“I haven’t had sex in a while, which is difficult to do since I have a girlfriend and she’s hot as f**k. She’s pissed, man. She hates me. She just looks at me like, ‘I f**king hate you, bro. Why can’t we do this right now?!'”

For a visual representation of how singularly dedicated Jake was to victory in the ring, this is what he said no to time and time again.

For a visual representation of what I suspect Paul’s johnson looks like in the 48 hours following the fight, this is likely an accurate depiction.

Say what you will about Jake Paul, but I’m not sure there is one thing in my life I’d commit to more than he committed to buckling Nate Robinson, not even my wife. Credit where credit’s due.

“Congrats on the sex,” I type, fighting the urge to put my fist through the drywall.