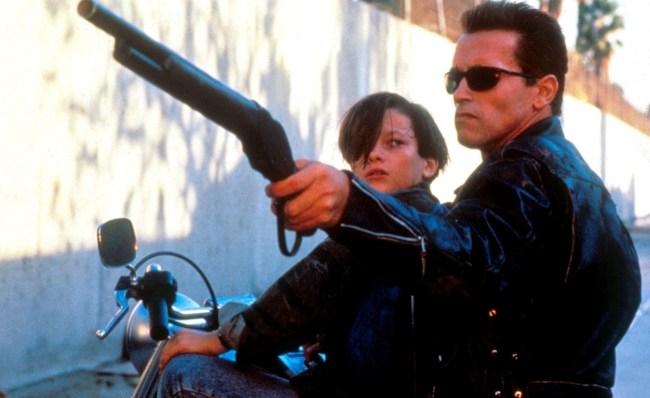 If you’ve ever read one of my many Avatar articles on this website, then you know I like to give James Cameron a fair amount of shit. Truth be told — and keep this between us, will ya? — it’s really just a shtick. The idea of a measly (relative to Cameron, of course) entertainment writer crusading against one of the most influential directors of the last 40 years because he simply cannot stand Avatar, the highest-grossing movie of all time, is amusing to me. I love a good running joke and this is mine. You gotta make the work days go by somehow, right?

Despite my pseudo-faux-contempt towards James Cameron, I’m well aware of the fact that this guy is essentially a revolutionary filmmaker, as he’s consistently pushed the boundaries of what the medium can be. From Aliens to The Terminator franchise, from Titanic to Avatar, Cameron has not only come to redefine American cinema time and time again but he’s done so at the highest level of success, with both Avatar and Titanic cracking the Top 3 highest-grossing films of all time. When it’s all said and done, especially if all the Avatar sequels wind up being as mind-blowing as he promises, the man will likely cement himself in the Mount Rushmore of great American filmmakers alongside the likes of Steven Spielberg, Stanley Kubrick, Francis Ford Coppola, Martin Scorsese, and so on.

When it comes to Cameron’s filmography, my personal favorite — and I imagine the favorite of a lot of you reading this — is Terminator 2: Judgment Day, affectionately and simplistically referred to as T2. T2, as fate would have it, is celebrating its 30th anniversary TODAY, as it premiered in Los Angeles on July 1, 1991, before hitting theaters nationwide two days later.

To celebrate the film’s landmark anniversary, The Ringer published an oral history of the film, which included a remarkable tidbit from Cameron that reveals he came up with the young John Connor character whilst high on ecstasy.

“I remember sitting there once, high on E, writing notes for Terminator, and I was struck by Sting’s song, that “I hope the Russians love their children too.” And I thought, “You know what? The idea of a nuclear war is just so antithetical to life itself.” That’s where the kid came from.”

And there ya have it, kids. The key to becoming one of the world’s most successful directors? Drugs! Straight from the mouth of James Cameron himself.