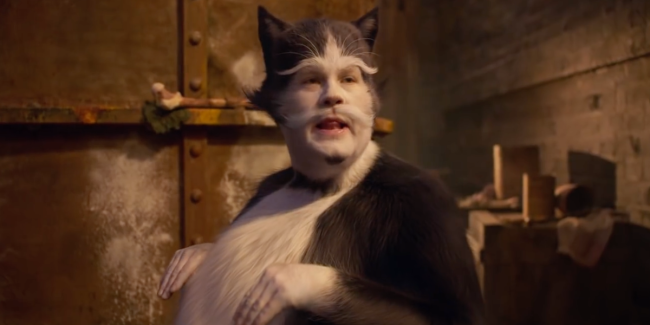 While I don’t hold any personal ill will towards James Corden, I’m all in on the public’s crusade against him. It just feels right. Chalk it up to mob mentality, I really don’t care. I just know that I get joy out of people’s disgust for James Corden. It’s one of those weird phenomenons that could only occur during the age of social media. It’s basically the opposite of Keanu Reeves, who’s become even *more* of a legend within the culture thanks to social media — the more people see James Corden, though, the more they dislike him.

Take this example from a couple of months ago, when he and the cast of Amazon Prime’s awful Cinderella stopped traffic in the middle of Los Angeles to put on a flash mob concert, or whatever. Corden was dressed like a literal rat and people LOST IT.

James Corden, Camila Cabello, Billy Porter and Idina Menzel stopped traffic in LA for a flash mob with a cover of Jennifer Lopez’s “Let’s Get Loud” to promote #CinderellaMovie pic.twitter.com/dxm8LIKVvi

That energy towards Corden has obviously carried over to his next planned project, a film adaptation of ,, as movie fans have literally begun petitioning in an effort to keep him out of the film, which is set to star Ariana Grande and Cynthia Ervio. Since 2019 alone, Corden has appeared in three musicals, all of which have been awful (according to critics who’ve seen them): 2019’s infamous Cats, 2020’s The Prom, and 2021’s aforementioned Cinderella.

At the time of this writing, the “Keep James Corden out of Wicked the movie” petition on Change.org currently has over 65,000 signatures, with a goal of 75,000. One of those signatures is mine and I sincerely hope you’ll consider lending yours to the cause. We, as a society, have simply progressed past the need for James Corden. Enough is enough.