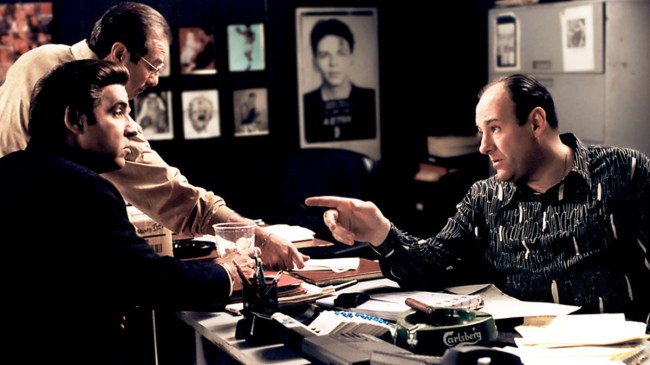 Re-read that headline again. And again. Because it took me a few tries to comprehend and compute what I’m reading: The Sopranos legend James Gandolfini almost replaced Steve Carell on The Office.

According to a new tell-all book — The Office: The Untold Story of the Greatest Sitcom of the 2000s — the acting icon met with the guys behind the series and actually apparently said “yes” to taking on the role.

In The Office: The Untold Story of the Greatest Sitcom of the 2000s (out today), author Andy Greene writes that during a lengthy search over who should take over for Michael, “everyone found an actor they were really excited about: James Gandolfini,” according to Mashable. “Paul Feig and B.J. Novak met with Gandolfini to chat about the role, and though the Sopranos star was very complimentary, he wasn’t sure if he was right for comedy. Apparently Gandolfini eventually said yes to the role, but then hesitated before things became official.” The role eventually went to James “I’m the fucking lizard king” Spader, although Gandolfini shouldn’t have been concerned about his comedy chops. [via Uproxx]

It sure sounds like I’m going to have to end up buying this book, as this anecdote — combined with the one I wrote about yesterday (Carell apparently was ready to do more seasons of the show) makes it seem like this book is chock full of incredible Office nuggets.

You can buy The Office: The Untold Story of the Greatest Sitcom of the 2000s on Amazon now.