Get Pumped, ‘Jeopardy!’ Fans, Because James Holzhauer Is About To Make His Return 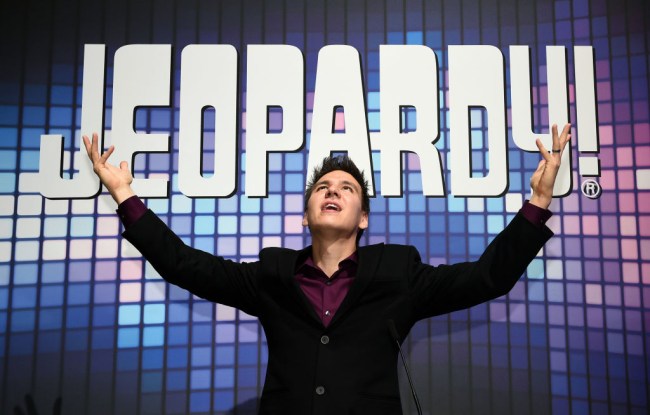 Alright, so it’s Wednesday, you’re halfway through the workweek and you need a bit of a pick-me-up to get to Friday. Well, you’re in luck because Jeopardy James has come through to get the juices flowing.

James tweeted out a promo video for the tournament and yep, you best believe this is about to be must-watch television yet again.

Holzhauer went on an insane 32-game winning streak four months ago before losing to Emma Boetcher, a 27-year-old librarian from Chicago. He ended up setting the all-time earnings record in a single episode, $131,127 and walked away with $2,462,216 after being eliminated. Holzhauer was just $58,484 short of the all-time winnings record held by Ken Jennings, who made $2,520,700 in 74 appearances and a total of $3.196 million.

With taxes taken out of his earnings, Holzhauer walked away with about $1.29 million, which isn’t a bad payday for playing a questions and answers game for 33 episodes.

Holzhauer is going to get another crack at Boetcher in the tournament and I don’t think it’s going to be a completely different story than the first matchup between the two. He is going to wipe the floor with her and anyone else that stands in his way, Holzhauer isn’t taking another L from her.

In other recent Jeopardy! news, Alex Trebek recently announced that he has no plans to stop hosting the show despite his worsening battle with pancreatic cancer.

Getting to see Trebek hosting Jeopardy! with Holzhauer and Boetcher on the stage together would be a gift straight from the gameshow gods. This is as good as Jeopardy! gets.