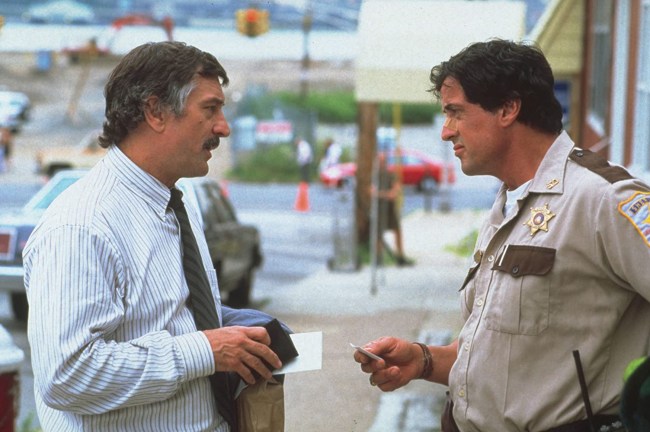 James Mangold — probably the best director whose name is largely unrecognized by the general movie-going public. They’ve heard of the Spielbergs and Tarantinos, Scorseses and Nolans of the world, sure, but Mangold operates at a level just below those guys, which still makes him one of the best 20 or so working directors.

Mangold’s profile has comparatively blown up in recent years, though, as he’s not only director the Academy Award-nominated films Logan and Ford v Ferrari, but he’s also been tapped to helm the upcoming fifth film in the Indiana Jones franchise, which, put simply, is quite the big deal (it will be the first Indiana Jones film to be released under Disney’s ownership and, in all likelihood, the last one to star Harrison Ford).

Over the weekend, in light of everything that’s happening in our country, Mangold took to Twitter discuss how the making of Cop Land — his 1997 neo-noir crime film that follows a sheriff investigating a group of NYPD cops, who all live in one suburban New Jersey town — speaks to what’s happened in our nation (you can find the thread below, I’ll post all the transcript at the bottom of the article so the post isn’t all cluttered — IT’S IMPORTANT TO READ THE ENTIRE THREAD)

1/ Thinking about making COP LAND (25 yrs ago). My script, about a cult-like suburban town of commuting white cops was premised on the idea that many NYPD didn't live in the 5 boroughs anymore, a conceit the Weinsteins (my studio, close w/ NYPD brass) insisted was impossible. pic.twitter.com/Jh5P1KpZLZ

Now, as for the film itself: Mangold’s right — it does encapsulate what happens when, as the age-old saying goes, no one watches the watchmen. Stallone is the Sheriff in Garrison, New Jersey — where several NYPD cops reside. Given their status as officers of the law, they largely don’t respect Stallone’s authority and — in addition to being involved in organized crime — do as they please around town. Given the context of what’s happening now, it’s a chilling window into the deeper law enforcement dynamics that play into our current situation.

Thinking about making COP LAND (25 yrs ago). My script, about a cult-like suburban town of commuting white cops was premised on the idea that many NYPD didn’t live in the 5 boroughs anymore, a conceit the Weinsteins (my studio, close w/ NYPD brass) insisted was impossible. They said it was impossible because of a residency requirement insisting NYPD live in the place they protected. Of course, I knew cops got around this cause I grew up in a suburban white town of almost all city first responders.

Many NYPD maintained addresses in the city (apartments, mom’s place, etc) where they got department mail & paychecks & they had “summer homes” in the burbs where they actually lived. Miramax had me do an opening narration by DeNiro’s character to explain my movie differently. I went along cause it was my 1st big movie & the change didn’t really diminish a larger core message of urban police forces turned into organized crime. But now it makes me think about why they wanted me to avoid shining a light on this issue.

When cops don’t live in a place they protect, they’re not protecting their community. The people in the city r devalued. Indeed, many commuting cops worry most about “containing problems” in the city so they don’t “leak” to the burbs where they live. This produces sickness.

It’s not easy being a good cop. God knows we need good cops. So it’s easy to talk someone into abandoning / de-emphasizing residency rules. “Why shouldn’t a good cop be able to live where he wants?” goes the argument. Well, because commuting cops bring a different attitude. Commuting cops are 9-5 soldiers in a land that is not their own. They do not have vested interest in embracing the place they patrol, rather, their interest in “containing” it. This produces quiet pernicious and systemic racism.

The key opposition to laws like this r Police Unions & more so, associations. Many give $ to these fraternities to get a sticker & and implicit favor. We tend to get confused when our values involves crossing a “union”. But these r just lobbying organizations like any other.