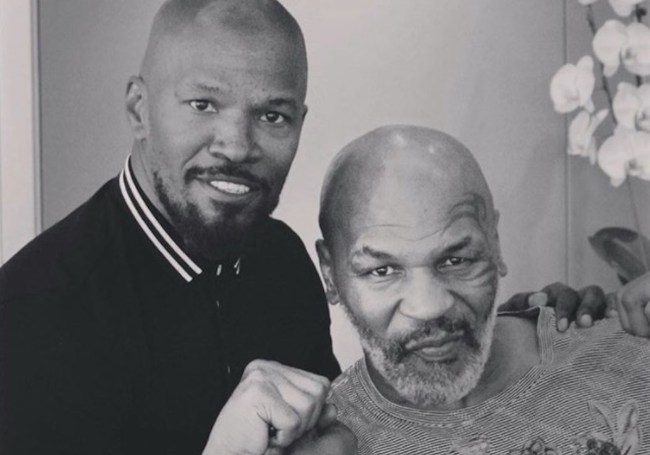 Well. Well, well, well, well… this is… some news. According to GQ Australia, citing a Jamie Foxx interview with The Breakfast Club on Power 105.1 in New York City, there are rumors that legendary auteur Martin Scorsese will reportedly direct the upcoming Mike Tyson biopic.

The project, which has gained significant steam in recent months, has been in development for some time, as the Foxx interview with The Breakfast Club took place back in 2015. And while that was some time ago, given the prestige of the project and the way in which the entertainment landscape has changed (streaming, PVOD, etc.), Scorsese hopping back in the director’s chair for his first boxing film since Raging Bull certainly still seems like a realistic possibility, especially when considering that both Tyson and Scorsese are proud New York City men.

Foxx has since dropped the rather surprising news that one of the world’s most renowned directors will apparently man the director’s chair in the form of Martin Scorsese, marking what will apparently be the director’s next project following the adaptation of true crime novel Killers of the Flower Moon, set to star Leonardo DiCaprio and Robert De Niro and release in 2021.

According to Entertainment Weekly, Foxx dropped the news a in an interview with The Breakfast Club on Power 105.1, saying that “this will be the first boxing movie that Martin Scorsese has done since Raging Bull”. Neither Scorsese, nor anyone officially attached to the production, has officially confirmed this yet, but if it is true, expect filmmaking fireworks. [via GQ Australia]

After spending quite some time in developmental hell, the highly-anticipated Tyson biopic now seems to be as real as ever, as the Academy Award-winning Foxx recently posted to Instagram to share an update on the film, particularly the training side.

“It is no secret that I have been pursuing the Mike Tyson biopic for some time,” Foxx wrote on Instagram. “People always ask me when is it going to happen?… things have finally lined up… A few months ago we started the journey… The first but biggest task is to transform the body.”

At this time, while it is unclear when the film will be released and who will be directing, the fact that the movie is finally moving forward is a massive win for both cinema and sports fans.