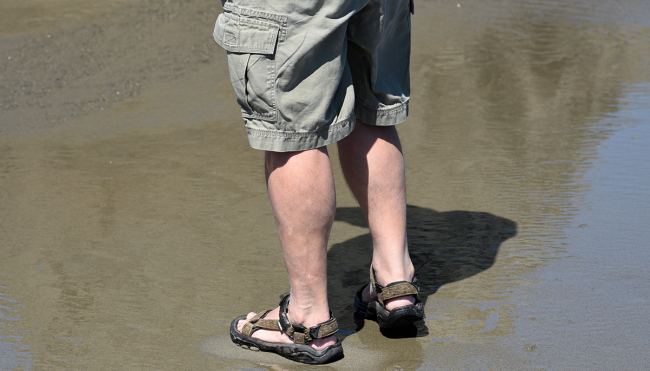 Fashion is a fairly cyclical industry, as trends tend to fall out of favor only to return with a vengeance when they’ve reached a point where they’re considered “retro,” which usually occurs when the people who initially adopted them reach an age in life where they’ll do anything in an attempt to reclaim their youth.

The world may be gradually transitioning back into some semblance of normalcy, but there are plenty of experts who believe the sartorial choices (and the lifestyles that inspired them) people have embraced over the past year will have a lingering effect. Many of them predict the pivot to comfortable clothes and those capable of disguising the physical pitfalls of a largely sedentary existence could lead to the end of the Skinny Jean Era (and hopefully usher in the JNCO Renaissance) and say the oversized suits favored by the 2003 NBA Draft class could come back in style.

now that baggy clothes are back in style let's all cross our fingers we get to relive the 2003 NBA draft suits era pic.twitter.com/IRG4TlCTfX

While some people pledged to do what they could to look presentable in public, I think plenty of others have had “Caring what people think about my clothes” near the bottom of their list of priorities. As a result, I’m of the opinion that society should continue to embrace that mentality in order to allow a long-beleaguered piece of apparel to make its glorious comeback: cargo shorts.

Last year, New Era teamed up with a streetwear designer for a line of hats outfitted with a couple of pockets on the side for a little bit of extra storage. Now, Jansport has decided to get in on the action in a collaboration that spawned an item I never knew I needed and that I’m not sure I can live without now that I’m aware it exists.

The cargo shorts with backpacks for pockets were one of six unique pieces that were whipped up in conjunction with Nicole McLaughlin to promote fashion sustainability. From what I can tell, the JanShorts were a one-off item that has already been raffled off, but they’re missing out on a golden opportunity if they fail to bring these to the masses.