Nightmare Fuel: A Japanese Company Will Make A Disturbingly Realistic Mask Of Your Pet’s Face 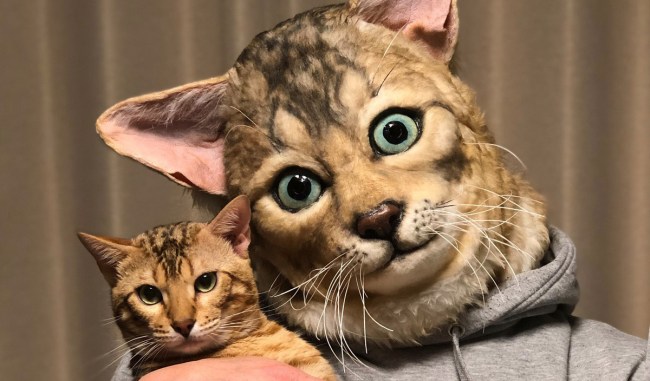 Dammit, Japan. It’s been so long since we’ve been weirded out by one of your ideas, so I thought we were finally past all that. Wrong!

Now comes news that a Japanese company makes creepy, dead-eyed, ultra-realistic masks of people’s pets that they can wear and freak everyone the hell out with, including said pet.

Why can’t you guys just stick to inventing harmless, non-nightmare-inducing things that make no sense like elevators that will take people into space?

Amazing craftsmanship aside, and it is amazing, this just makes me horrifically uncomfortable. 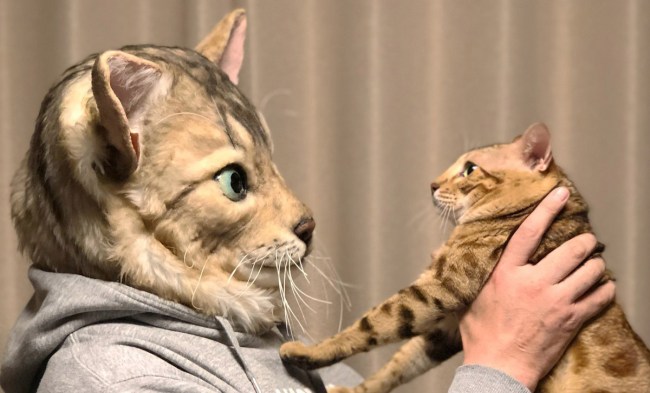 According to a press release, this line of masks, called “My Family” (also creepy!), is created by Japanese modeling workshop 91 along creative planning office Shindo Rinka.

They’re not cheap, either, costing almost $2,700 each. Which is somewhat understandable considering the time and effort that goes into creating these masks. 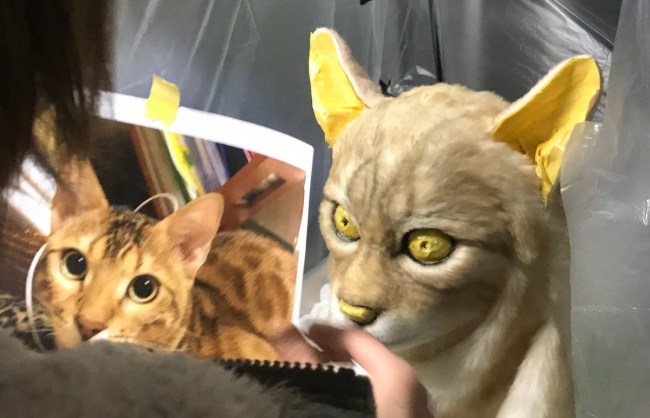 That can’t be right, can it?

Oh yeah, there’s also a video of these masks in action, because of course there is. So unsettling… Thanks again, Japan!

Sooo… who else is ready to get out there and alienate anyone and everyone we know by strapping on one of these bad boys?!