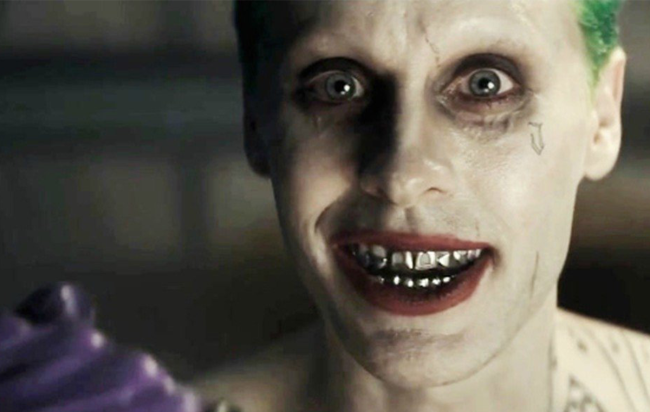 It’s safe to say Suicide Squad didn’t exactly get the critical reception David Ayer and the star-studded cast he directed would’ve like when it was released in 2016, as even though it ended up being one of the highest-grossing movies of the year, it didn’t do too much to help the DC Extended Universe shed its reputation as the sibling who’s constantly overshadowed by the success of the infinitely more beloved Marvel franchise.

These perpetually underachieving comic book movies will get their first shot at redemption next year when the long-awaited #SnyderCut of Justice League makes its grand debut, a recut project that will feature Jared Leto once again stepping into the role of the Joker despite his widely-panned interpretation of the iconic villain a couple of years prior to the release of the original.

Despite the backlash to his portrayal, Zach Snyder still decided to recruit Jared Leto for Justice League reshoots, and last week, we got our first look at the character he’ll be playing once again.

While the images did manage to impress our Resident Comic Book Authority Eric Italiano, I’m personally a bit skeptical, as I’m not sure how fans are supposed to know Joker is a mentally disturbed individual when he doesn’t have the word “DAMAGED” tattooed across his head.

It’s not exactly a secret that Leto is a very, very weird dude who takes acting pretty damn seriously, and to his credit, his commitment to the craft resulted in him taking home an Academy Award for his performance in Dallas Buyers Club. However, his decision to go the Method Acting route by allegedly refusing to break character on the set of Suicide Squad didn’t exactly go too well for him, and based on the reports that surfaced after filming wrapped up, he probably got in a little too deep.

Leto recently sat down with GQ to take a look back at some of the roles he’s played over the course of his career, and while reflecting on his initial stint as the Joker (which begins around the 20:40 mark in the following video), he tried to downplay how seriously he took himself during the shoot and addressed the aforementioned rat rumor, saying Robbie actually received a steady stream of vegan cinnamon buns as opposed to a deceased rodent.

Now, it’s worth noting some reports claimed the rat in question was still alive when Robbie received it in a box, and when you consider Leto technically claimed he never sent her a dead rat, there could indeed be some truth to that particular claim.