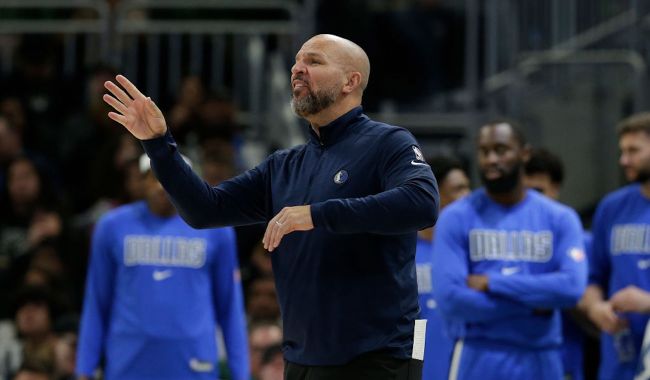 Growing up in New Jersey in the late 90s and early 2000s, the Jason Kidd-led Nets were one of the first teams that I remember ever truly rooting for, regardless of the fact that they got smacked in both of their NBA Finals appearances against the Shaq and Kobe Lakers and Tim Duncan San Antonio Spurs.

Due to that fact, I’ll always have a soft sport for Kidd, who was the catalyst of those teams as one of the league’s best and most exciting players, particularly when it came to his playmaking ability.

Kidd would go on to win an NBA title with the Dallas Mavericks and carve out a second act of his career as a lethal three-point shooter before trying his hand as an NBA head coach.

Over the course of his coaching career thus far, Kidd spent one season in Brooklyn and four seasons in Milwaukee as the head coach before spending a couple of years with the Lakers as an assistant. Now, as the Dallas Mavericks head coach, Kidd has the Luka Doncic-led Mavs — who beat the defending champion Bucks on Sunday — as the fourth seed in the wildly difficult Western Conference as the playoffs approach.

During the aforementioned Sunday matinee matchup against Giannis and the Bucks, though, Kidd found himself as the butt of Mark Jackson and Jeff Van Gundy’s jokes, who mocked the Hall of Famer for packing on some pounds in recent years.

“He looks so much younger. Obviously, he’s put on about 40 pounds since then,” commentator Mike Breen said of a photo of a young Giannis being coached by Kidd.

“Jason Kidd?” Jackson jokingly responded. “You beat me to it. I was thinking the same deal,” Van Gundy then said.

Given that the Mavs beat the title-contending Bucks with the playoffs just about a week away, we imagine, we doubt Kidd was all that concerned about Jackson and Van Gundy’s jokes following the game.