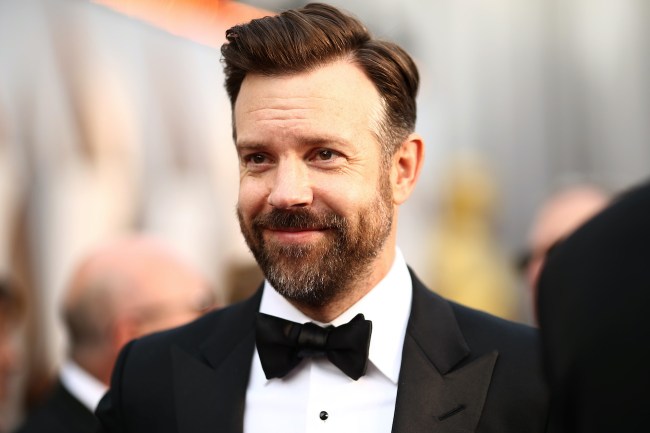 Jason Sudeikis is in the midst of a good old fashioned Hollywood comeback right now. Only a matter of time until he finds himself cast in a big-budget franchise, really. And that’s not to say that Sudeikis’ career was ever really down bad, more so just low-key. The dude crushed the early 2010s to such an extent that a relative comedown was only natural. But thanks to his instantly quotable and widely beloved performance as the titular Ted Lasso, Sudeikis once again finds himself at the center of popular comedy culture, as the AppleTV+ series racked up 20 Emmy nominations, the most ever for a freshman comedy, including one for Lead Actor in a Comedy Series for Sudeikis, a race he’s essentially a lock to win.

It helps, though, that the 45-year-old Saturday Night Live alum appears to have a bit (or a lot) of Ted Lasso actually in him. Earlier this week, a quote about his outlook on his break-up with ex-girlfriend Olivia Wilde went viral:

“I’ll have a better understanding of why in a year,” he said of their public split, “and an even better one in two, and an even greater one in five, and it’ll go from being, you know, a book of my life to becoming a chapter to a paragraph to a line to a word to a doodle.” [via GQ]

As far as actors go, that’s Keanu Reeves’ levels of wisdom right there. Then, on Thursday, Uproxx Senior Entertainment Reporter Mike Ryan — with the permission of Sudeikis himself — shared a story that only further hammered home just how decent of a guy he really is.

In late 2017, Ryan was grieving the loss of his father when he interviewed Sudeikis, who he knew casually due to their professional relationship. The film Ryan interviewed Sudeikis for, Kodachrome, is about a man trying to make amends with his dying father. This led Ryan to mention that his father had passed, leading Sudeikis to send him the following email later that day:

Just wanted to shoot ya a quick note and let ya know that I’m so sorry for your loss. And I thank you for feeling comfortable enough with me to share. Please please please feel ZERO regret in doing so.

It’s important and fucking necessary for us human beings to do that. To connect. To share. And to not concern ourselves too much with the outcome of such bravery. Especially the men of the world. Our generation is the first to “understand” that notion, but darn it, I’d love to try and be the first generation of fellas to “live” the notion as well. So let’s both continue to attempt to be on that “side of history,” shall we? [via Uproxx]

Sudeikis even tossed a non-ironic “darn it” in there. While I’d love to see our boy win the Emmy for Lead Actor in a Comedy Series, I’m starting to think he’s not really acting all that much. The email continues:

I wish you all the luck and openness in the universe on finding the “four rolls of Kodachrome” your own father left you. Because he did. It’s out there. I know it is.

The one thing I want you to consider though is that it might not be physically “out there”, because it might actually be living inside of you. And through you. And merely accepting that possibility might be where and when the “finding” happens.

You see deeply into things for a living. Allow yourself the experience of doing that to yourself, for yourself. Okay man. Be well. Always good to see and speak with you. [via Uproxx]

What a guy. How can you not be rooting for Jason Sudeikis at this point?

RELATED: Jason Sudeikis Shares His Side Of The Story Behind Instantly Viral Golden Globes Speech