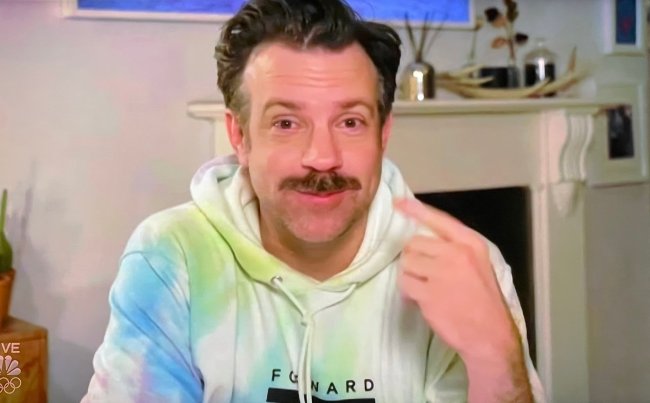 Jason Sudeikis is in the midst of a mini career renaissance. After starring on Saturday Night Live for a decade from 2003 to 2013, Sudeikis dominated the early 2010s with a string of successful comedies such as Hall Pass, Horrible Bosses, (and its sequel), The Campaign, and We’re The Millers. Like most comedy actors, though, Sudeikis didn’t stay on fire forever, as the later years of the decade were filled with far fewer hits, with Sudeikis starring in films such as The Angry Birds Movie, Colossal, Downsizing, and Driven.

That all changed last year with the release of the AppleTV+ comedy Ted Lasso, which has since gone on to become the most Emmy-nominated freshman comedy in the award show’s history with 20 nominations.

Sudeikis himself has been a large part of Ted Lasso‘s success, as his heartwarming performance as the titular compulsively kind soccer coach provides the core of the entire series. For his work as Lasso, Sudeikis even earned an Golden Globe Award for Best Actor in a Comedy, which famously led to a rambling acceptance speech that had everyone on Twitter thinking he was stoned:

RELATED: Jason Sudeikis Was Extremely Chill About Don Cheadle Telling Him To Wrap It Up During The Golden Globes

As it turns out, at least according to the man himself, he was neither “stoned nor heartbroken” during his Golden Globes speech. Instead, Sudeikis, he simply was trying to dress comfortably:

“I wore that hoodie because I didn’t wanna f—ing wear the f—ing top half of a Tom Ford suit,” he said. “I love Tom Ford suits. But it felt weird as shit.”

The rest of this story you know: Sudeikis ended up winning best actor for Ted Lasso and gave a dazed acceptance speech while wearing the hoodie, and this in turn sparked glee and speculation about his mental and physical states. For the record, “I was neither high nor heartbroken,” Sudeikis said. It was just late at night and he didn’t want to wear a suit. “So yeah, off it came and it was like, ‘This is how I feel. I believe in moving forward.’ ” [via GQ]

You can catch Jason Sudeikis in season two of Ted Lasso when it premieres on AppleTV+ on Friday, July 23.