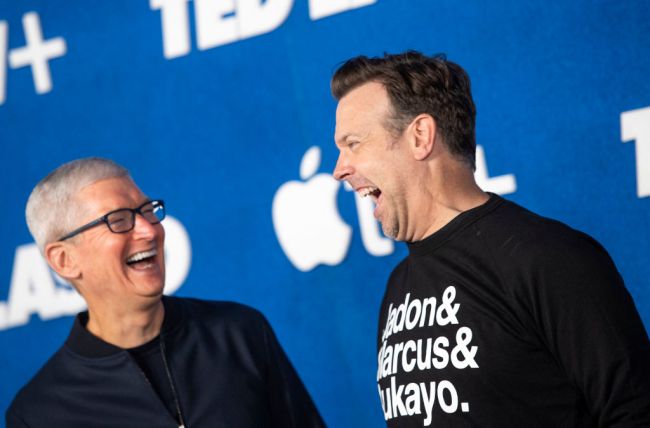 Apple TV+’s Emmy-nominated comedy Ted Lasso has been a huge success through the first two seasons. Things have gone so well that the show is already preparing for a third season and the entire cast is reportedly set to receive a huge pay raise.

The Hollywood Reporter detailed the financial bump in a recent exclusive and it’s rather staggering.

According to the report, Sudeikis made about $250,000 to $300,000 per episode for seasons one and two. After closing a deal with Warner Bros. Television for season three, Sudeikis is reportedly set to make in the ballpark of $1 million per episode.

That’s a one, followed by six zeros.

The four-fold pay increase also includes creator fees and compensation for his role as the show’s head writer and executive producer. It also reportedly includes the two remaining episodes of the current sophomore season.

Ted Lasso currently carries a 95 percent and 91 percent positive rating among both critics and viewers on RottenTomatoes.com. The resounding success has reportedly allowed everyone “down to the last player on Richmond’s roster” to get a raise.

The Hollywood Reporter says that Emmy nominees Hannah Waddingham, Goldstein, Juno Temple and Hunt will go from the $50-75k range to the $125-150k range per episode. Goldstein and Hunt also reportedly received a second payday for their roles as writers and executive producers.

Per the Hollywood Reporter, the deals were finalized before the team turned their focus to season three:

“Sources say rich new deals with the all the writers — who were poised to start work in August — were hammered out over the weekend ahead of the new Sept. 13 start date.”

If you have seen Ted Lasso, you know that those on the show deserve every single penny. But at the end of the day, for coach Lasso, “success is not about the wins and losses. It’s about helping these young fellas be the best versions of themselves on and off the field.”