Feast Your Eyes On Jay-Z’s New $2.5 Million Blue Sapphire Watch That Took Over 3,000 Hours To Build 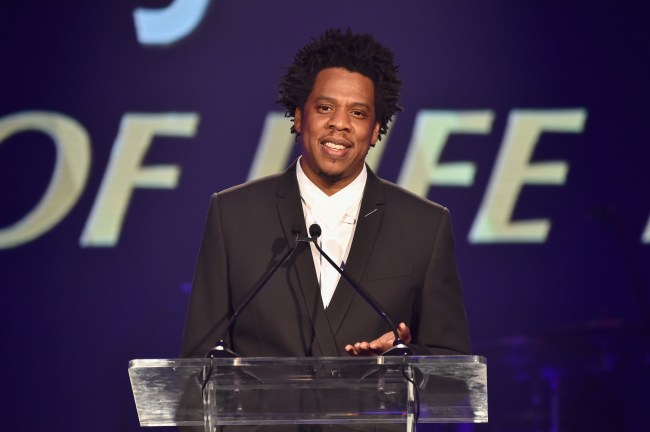 The 49-year-old, worth roughly $900 million, may have added one of the most valuable watch to his extensive collection of Hublots and Rolexes and Audemars Piguet.

“Jay has one of the world’s most exquisite collections,” a source told Page Six.

Jay-Z copped a custom Richard Mille watch that was given the name The Blueprint, an ode to Jay-Z 2001’s double-platinum album that succeeded despite being released on the day of the September 11th attacks.

Luxury jewelry broker Alex Todd, who’s provided watches for Diddy and Meek Mill, shared a photo of the Brooklyn rapper wearing the $2.5 million watch on the red carpet of the NAACP awards.

Todd revealed that the case alone for the watch took over 3,000 hours to create. That’s 125 days working 24 hours a day, or over a year working 8-hour work days. The piece of jewelry is made entirely of the precious gemstone Blue Sapphire.

“The Icon Shawn Carter also known as Jay-Z during 50th NAACP Image Awards was wearing the most expensive @richardmilleofficial ever produced, A unique RM056 Tourbillon split seconds chronograph in blue sapphire.The entire masterpiece is cut and milled from solid blocks of sapphire. The production of this sapphire structure took years of research and testing in order to ensure an adequate response to the demands of strength and comfort.

Meanwhile, the batteries in my Casio have been dead for three months. It’s right twice a day!