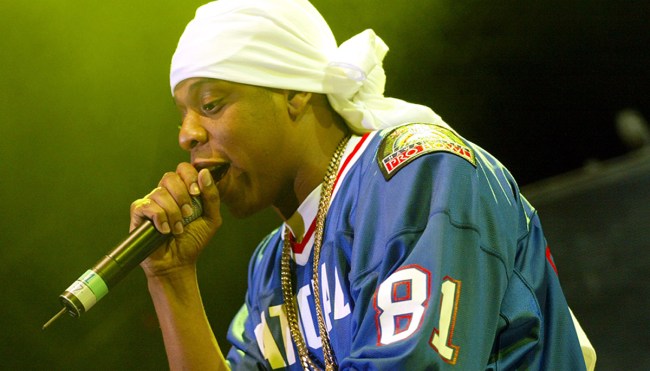 There are a ton of notable moments in hip-hop history that occurred long before everyone had a camera in their pocket that would be lost to history if it wasn’t for the tales of the people who were lucky enough to witness them in person; the “Back to School Jam” DJ Kool Herc threw in the Bronx, Grand Wizzard Theodore stumbling upon the scratch, and the hallowed battle between Jay-Z and DMX that was staged in a smoke-filled pool hall.

There are also plenty of others that were technically documented for posterity in the form of leaked snippets and bootleg recordings that still leave plenty of things to the imagination, which had long been the case with the set Jay-Z performed in front of the 15,000 fans who packed into Nassau Coliseum for Hot 97‘s “Summer Jam” in 2001.

By that point, Hov had arguably ascended to the “King of New York” throne that had been vacated following the death of the Notorious B.I.G. He used the concert to cement his status as the biggest force on the scene, as he fired shots at Mobb Deep’s Prodigy while debuting “Takeover,” showered the crowd in cash, and even brought Michael Jackson out for a brief appearance.

While short video and audio clips from the performance have floated around the internet for a while, it seemed doubtful we’d ever be treated to a full recording. However, that all changed on Tuesday when HipHopVCR uploaded the hour-long set to YouTube in its entirety.

It didn’t take long for people to rip some of the most notable moments, including Jay trolling Prodigy with a picture of the Queensbridge MC clad in a leotard and a sparkly jacket (a look that was ironically inspired by Jackson) and the moment he flexed by introducing the King of Pop.

And the light jab at Nas.

I’m getting goosebumps watching this 😭😭😭😭😭

And even then Hov’s transitions were A1.