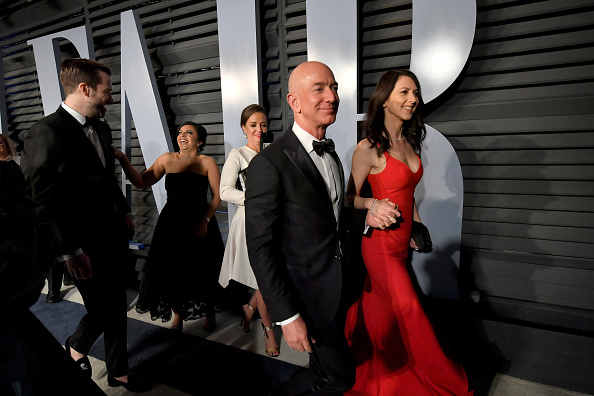 Microsoft overtook Amazon as the second most valuable company in the United States on Friday, which obliterated the wallet and net worth of Jeff Bezos. The rough patch on the stock market wiped $65 million off Amazon’s market capitalization as well as erased an incredible amount of wealth from the bank account of Jeff Bezos.

Investors scurried away from the e-commerce behemoth on Friday following Amazon’s disappointing quarterly earnings report. The massive decline in wealth of Amazon allowed Microsoft to slide into the #2 spot of U.S. companies. Microsoft boasted a stock market value of $823 billion, besting Amazon, which has a value of $805 billion.

Wall Street investors were skeptical about Amazon’s potential growth this holiday season after competitors upped the ante, such as Target offering free two-day delivery with no order minimum or membership fee for the holiday season. Amazon dropped seven percent, while Microsoft only fell two percent on Friday, making the company’s market capitalization the highest since late 1998. Apple leads the pack with over $1 trillion in company value.

With Amazon taking a hit, it also means that the net worth of Jeff Bezos also took a hit. Bezos, who is the Amazon’s largest shareholder, lost as much as $14 billion in personal wealth. After Amazon closed close to eight percent for the day. But don’t feel too sorry for the Amazon founder because Bezos’ net worth dropped from $138 billion to approximately $124 billion.

Despite the financial pitfall, Bezos still holds a comfortable lead over Bill Gates as the richest person in the world, the Microsoft head has a net worth at an estimated $93 billion.