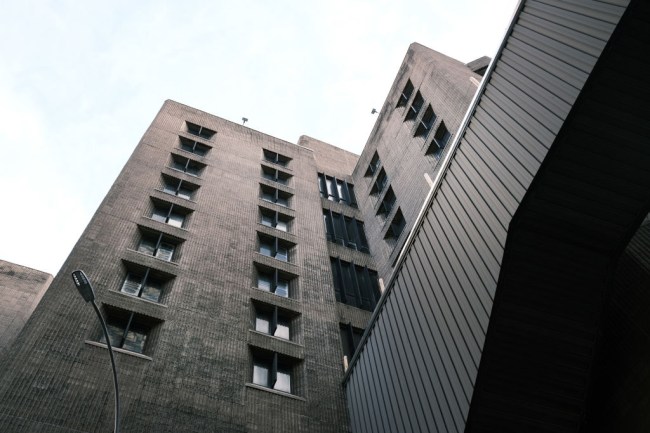 The prison that housed Jeffrey Epstein, where he allegedly committed suicide, suffered a massive security breach, and a loaded gun was smuggled into the federal detention facility in Manhattan. It’s like you can do whatever you want in this jail.

Federal investigators discovered a loaded gun at the Metropolitan Correctional Center (MCC) this week. Investigators from the Bureau of Prisons began searching the jail last week after being tipped off. Let’s hope that the gun wasn’t smuggled in the way most contraband is smuggled in, otherwise, someone isn’t sitting comfortably for at least a week.

The inmates of MCC had been on a weeklong lockdown over the past week as prison officials searched for the gun. While searching for the firearm, officials found other contraband, including cell phones, drugs, and homemade weapons. During the lockdown, inmates did not have access to their lawyers, and all visitations were prohibited.

David Patton, executive director and chief attorney of the Federal Defenders of New York, said it’s a violation of inmates’ constitutional rights to deny them visits with their lawyers. “Sentencings are being delayed. Hearings are being delayed,” Patton said. “But the MCC acts as though it’s perfectly fine for them to just shut down the entire institution to look for contraband. It’s just not acceptable. They’ve got to be able to walk and chew gum at the same time.”

MCC said the prison will resume full legal visits by next week.

The discovery of the contraband ignited a criminal probe into correctional guard misconduct, the federal Bureau of Prisons told The Associated Press.

“All of these items pose a significant threat to the safety and security of the facility as well as the public,” the Bureau of Prisons said in a statement.

Amazingly, the federal prison officials did not reveal how they were tipped off, how they knew to search for the gun, where the gun was found, and how the firearm was smuggled into the secure facility.

This is the same prison where Jeffrey Epstein reportedly committed suicide last August while awaiting trial on federal sex trafficking charges. Epstein’s death has many conspiracy theories connected to it because Jeffrey’s injuries appear to be more aligned with homicide by strangulation than suicide by hanging according to famed forensic pathologist Dr. Michael Baden.

Then there are the litany of “mistakes” by the prison, including both correctional guards assigned to Epstein went at least eight hours without him being checked on despite protocol for him to be checked on every hour. Then both prison guards fell asleep and surfed the internet during Epstein’s death then falsified the records. Both cameras that were pointed at Epstein’s cell, just so happened to malfunction during the time of Epstein’s death, and there is no footage.

Epstein was supposed to have a cellmate, but prison officials never provided him with a new cellmate after he was removed from a previous jail cell after his then-cellmate attempted to strangle him or watched Epstein attempt to kill himself depending on whose story you believe. Nicholas Tartaglione, a former New York City police officer who was accused of murdering four people and distributing five kilograms or more of cocaine, was Epstein’s cellmate before the convicted pedophile was put on suicide watch.

Lamine N’diaye, the former warden of the MCC, was transferred to a leadership position at Federal Correctional Institution at Fort Dix, a large low-security prison in Burlington County, New Jersey, in January.