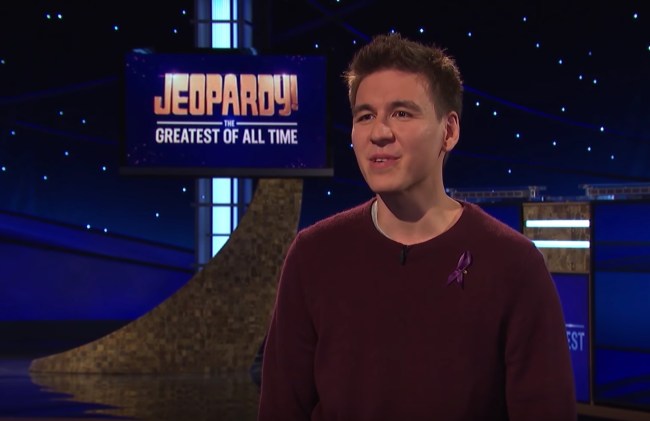 I just want to throw a quick ‘spoiler alert’ up here for anyone who isn’t caught up on the Jeopardy! Greatest Of All-Time (G.O.A.T.) competition because there are some spoilers ahead. So if you plan on watching Tuesday night’s episode and haven’t yet you might want to just scroll to the video and hit ‘play’ without reading anything.

Moving on…The fourth night of the Jeopardy! Greatest Of All-Time (G.O.A.T.) tournament took place on Tuesday evening. This tournament brought together Jeopardy James Holzhauer who set multiple records for the most money ever won in a single game of Jeopardy!, Ken Jennings who set the record for longest win streak in Jeopardy! history, and Brad Rutter who has won more money playing Jeopardy! than any contestant in history despite appearing on the show when contestants’ were limited to only 5 (or was it 7?) games at a time.

Brad Rutter has absolutely killed it in the various Tournament of Champions and has earned a total of $4,938,436 throughout the years while always getting in the way of Ken Jennings winning one of these tournaments.

The format for this event was each night the three contestants would play to full games of Jeopardy! (60 minutes instead of 30). Their totals from each game would be added up and whoever had the most money after 2 games would be the winner for that night. The first contestant to pick up 3 ‘wins’ would receive the grand prize of $1 million.

Leading up to this tournament and throughout each night, ‘Jeopardy James’ Holzhauer was active on Twitter throwing jabs at his opponents. Sometimes that leaked into the show itself. Between Tuesday’s two games (after the first game’s Final Jeopardy) the scores were reset to zero and James hit Brad Rutter…the HIGHEST EARNING CONTESTANT IN JEOPARDY! HISTORY…with an amazing burn.

You might want to turn the volume up on this since it’s not that loud:

Congrats to @James_Holzhauer as well. Have the New Orleans Saints been in touch about a job? Because with their tendency to talk a bunch of trash after losing in the playoffs, you’ll fit right in.

That had to sting. But it was all in good fun.

As anyone watching now knows, Ken Jennings won it all. He is OFFICIALLY the GREATEST OF ALL TIME in Jeopardy! history. In his video on night 2, Ken talked about how ‘really, really really’ wanted to win this tournament because he’d never won one of these before and this was the most meaningful one yet.

Ken’s the GOAT. James Holzhauer paid tribute to Ken on Twitter with some excellent memes.

And I would have GOAT away with it too, if it weren’t for you meddling Kens pic.twitter.com/dtYhNEOQ3Q

“Being a nerd really pays off sometimes.” – @KenJennings, the #JeopardyGOAT pic.twitter.com/Gp8lThPgBw

I vow to be the People’s Champ. pic.twitter.com/PQUJ0ZKBY9

James has also pointed out that Brad’s the GOAT when it comes to Jeopardy! tournaments and it’s not even close.

I believe Ken is now tied for second all-time with one tournament win. Brad, again, has FIVE.

This was a special moment in Jeopardy! history for Ken, Alex Trebek, Brad, James, and everyone else who has watched the show throughout the years.

It’s a pretty big bummer that this tournament only lasted four nights. I would honestly watch an entire season of these three guys competing against one another it’s been that entertaining. Hopefully, Jeopardy! has something special planned for the future that will bring this crew back together once again.