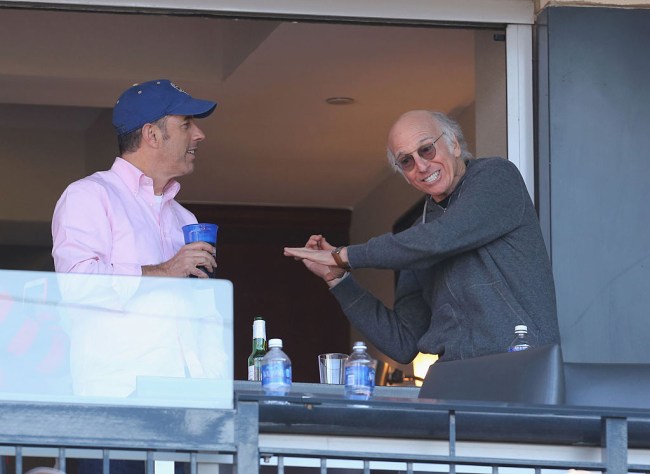 The bidding war for Seinfeld was won by Netflix this week. Netflix outbid Hulu and Amazon by paying over $500 million for the comedy TV show that ran on NBC from 1989 until 1998. The classic comedy series was created by Larry David and Jerry Seinfeld, and they just made a ton of money from the gigantic deal by the streaming network.

Netflix paid $500+ million to Sony Pictures for the exclusive worldwide streaming rights for Seinfeld, beginning in 2021. Netflix gets all 180 episodes, which was previously owned by Hulu in the U.S. and Amazon owned the global rights.

All 180 episodes of the Emmy-Award winning Seinfeld are coming to Netflix — worldwide! — starting in 2021 pic.twitter.com/tLvcCKH4vl

The co-creators of the Emmy Award-winning comedy are going to receive a huge chunk of that sweet syndication money. Seinfeld and David are reportedly going to receive between $100 million to $125 million EACH. A source told The Wrap that “the paydays were significantly higher.”

Jerry Seinfeld has a net worth of $950 million, so this latest massive payday gives him a net worth over $1 billion.

The rest of the windfall will go to Warner Bros. since it owns Seinfeld producer Castle Rock Entertainment.

Hopefully, Larry and Jerry invest the money and get compound interest.