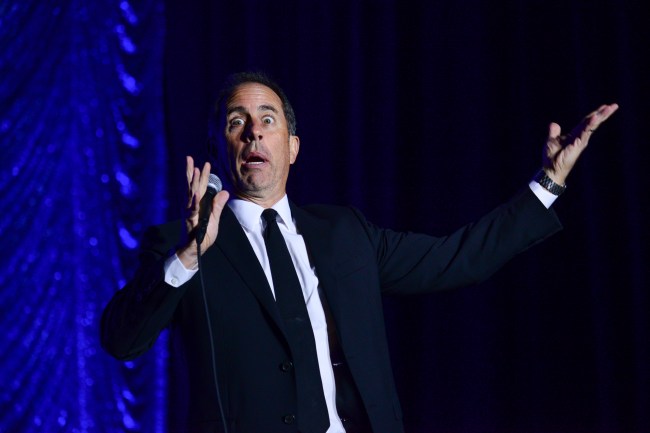 Can you imagine hitting it off with someone at a party only to have them reveal themselves as Scientologists? What a bummer.

I mean, the entire basis for the cult hinged on the claim that founder L. Ron Hubbard healed himself from war injuries. It was later verified that while Hubbard served in the Navy in the 40s, he suffered no substantial injuries, lied about his medals, and forged his military records.

Jerry Seinfeld was outed for dabbling in the belief system by comedian Bobcat Goldthwait, who described Seinfeld to the Spokesman-Review back in 1995 as “this creepy Scientologist guy (dating) teenage girls.” 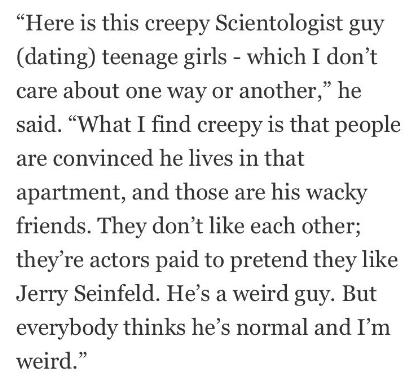 Seinfeld made an appearance on the WTF with Marc Maron and discussed how far he dipped his toes in the Scientology waters.

“I did do a course in Scientology in, like, ’75 … in New York,” Seinfeld said around 64 minutes into his WTF discussion with Maron. “Found it very interesting, never pursued it.” And while Seinfeld never got deeper into his Scientology bag, he did—as he explained to Maron—take away something of value.

“An emphasis on ethical behavior, which I liked,” he said. “The emphasis on that, that was a big thing, I would say.” [Transcribed via Complex]

If you’re wondering if Seinfeld’s moved past his beef with Goldthwait 45 years later, you can find your answer in the following clip from a 2019 episode of Comedians in Cars Getting Coffee.

Your answer is no. Grunge very much still kicking.