JetBlue Is Flying Over 1,000 Pizzas From New York City To Los Angeles So Its Residents Can See What Real Pizza Tastes Like 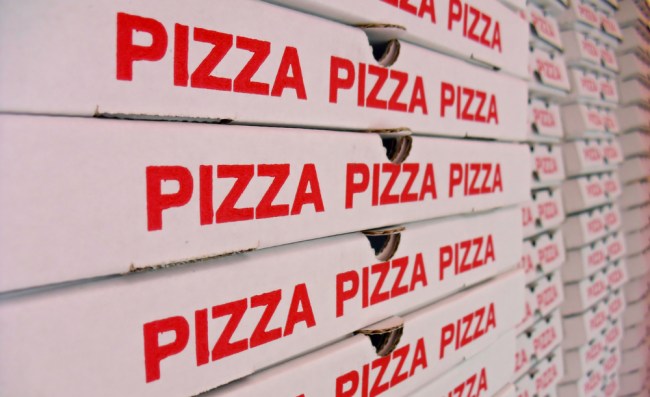 There are two types of people in life: those who think New York City pizza is the best in the world and those who are wrong. If you’re going to argue that the people of Italy are the only ones who can make real pizza or that the doughy monstrosity they serve in Chicago is better than what you can get in NYC, you should take a good, long look at your taste buds in the mirror.

As someone who was raised on Domino’s and Papa Ginos (shoutout to all my fellow New Englanders), I had my eyes opened when I moved to New York City and discovered that even the most mediocre dollar slice blows most of the pizza you can get in other places out of the water. Sure, I have moments of weakness where my inner Michael Scott decides he’s in the mood for two medium pizzas and Cheesy Bread, but I usually take advantage of the fact that it’s virtually impossible to walk more than a few blocks in the city without stumbling upon a place selling pizza by the slice.

Whether you’re a fan of dollar slices, the Sicilian at Prine St. Pizza, or some fancy shit with artichokes on it, you’ll be able to find what you’re looking for in NYC. Sadly, the same can’t be said for the city of Los Angeles. Residents might get to brag about their access to incredible Mexican food, but it’s about as easy to find a good pizza place in LA as it is to find an actor who’s never worked in the service industry or smoked a Parliment.

Thankfully, JetBlue is giving the people of Los Angeles the chance to taste the good life next week when they fly in more than 1,000 pizzas across the country from Patsy’s Pizzeria in Harlem, which serves Margherita-style brick oven pies. They’ll be delivering 350 pizzas a day between May 9 and 11, but getting ahold of one might end up being as much of a crapshoot as getting the “A” boarding group on a Southwest flight.

In order to stake your claim, you’ll have to visit the website at 12 AM Pacific time and order either a 16″ plain pie for $12 or pepperoni for $15. If you register in time, they’ll deliver it straight to your house with the delivery fee and tip already taken care of, which means people in LA will have a chance to get a pizza delivered from across the country to their doorstep for less than it would cost for me to order one to my apartment in Brooklyn.

Whatever. At least I don’t have to worry about traffic.