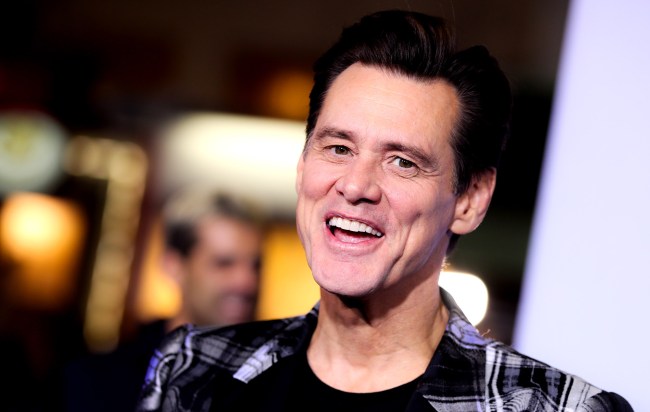 Actor Jim Carrey has been making the rounds speaking to various media outlets trying to drum up business for his new movie Sonic the Hedgehog.

Carrey, 58, plays the villain Dr. Robotnik in the film, but his comments to Charlotte Long of Heat magazine that are being called sexist by many have cast him as the villain in real life.

At one point during the four-minute long video, Long says to Carrey, “In the film, Sonic has a bucket list. I was wondering, after all you’ve done in your career and in your life, is there anything still left on your bucket list?”

Carrey replied back, “Just you. That’s it. It’s all done now.”

Long then busts out laughing at the joke, and replies, “Wow. I don’t know what to say to that.”

To which Carrey replies deadpan, “Just own it.”

Those remarks by Carrey to Long (who has since made her Twitter account private after posting the interview) quickly sent many people into a frenzy, commenting on how offensive and outraged they were.

“Look up ‘sleazeball’ in the dictionary and there’s a photo of @JimCarrey,” wrote one Twitter user.

Another wrote, “It’s not a cute moment. As a former reporter, I would be very embarrassed and offended if someone said this to me in an interview.”

Please rewrite this. It’s not a cute moment. As a former reporter, I would be very embarrassed and offended if someone said this to me in an interview.

And on it went.

Such a huge of @JimCarrey but lost respect for him today. This is really unacceptable, I wish and hope he apologizes to you. But you handled it really well, more Power to you! I ✊✊✊

Jim Carrey has always been a sleaze bag and most smart people already knew that. Sorry, no points for becoming "woke".

Not everyone took offense, however, as several people took offense at people being offended by Carrey’s remarks.

Jim Carrey has made a career putting smiles on people's faces - she had a huge smile on her face - he did also - most people watching I'm sure did as well - then there is YOU - uptight, judgemental ... Oy Ve! Please give us a break and LIGHTEN UP <3

So which is it - are women perpetual victims or superheros?
Pretty sure this interviewer will survive the verbal "assault" and if you were a real fan of Carrey you would know it was a joke, but no, outrage as a tribal rallying cry is more fun#GetAlife

soooo.. obviously i'm one of the few that didn't see it as creepy? just @JimCarrey makin a joke... yeah, maybe not the best one but 🤷‍♀️ still, kudos @CharlotteLLong for laughin it off & carrying on professionally like a champ.

It’s called friendly banter, your average normal person can read between the lines and know it’s not meant seriously. It’s something we used to do before people like yourself came along and took offence to everything.

As usual, the internet is divided on how it feels about something.