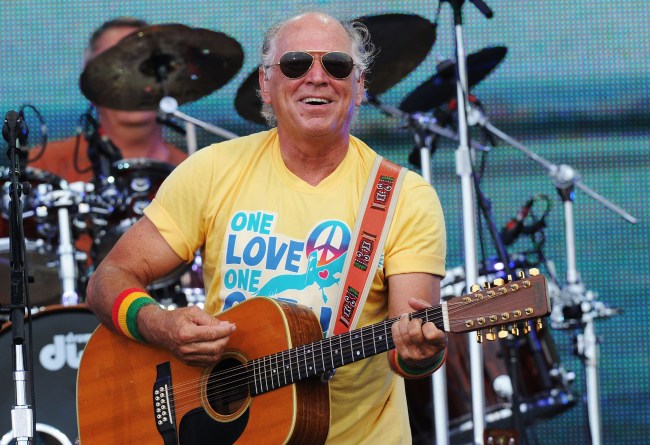 Jimmy Buffett, for lack of a better word, is the man.

The famously chill singer has been helping people who are not fans of shoes, shirts, or problems escape to Margaritaville since the 1970s and continues to remain a cultural force to this day.

Try and tell me this isn’t a jam. You can, but you’d be wrong.

Buffett has also shown off his impressive marketing savvy in the form of a number of business ventures, ranging from a retirement community tailor-made for Parrotheads to a giant hotel with a pool and all the bars you’d expect slated to open in Times Square at some point in the future.

Of course, it’s also impossible to forget the legendary margarita maker at the center of one of my favorite episodes of South Park— an episode that inspired me and my college roommates to pick one up for our dorm room back in the day.

I can say without a doubt it’s one of the best investments I’ve ever made.

Last year, Buffett revealed that he’s a bro with the times when he said he’d stopped smoking weed and started vaping, and as marijuana gradually becomes more and more normalized, it looks like he’s decided to get in on the game.

According to Forbes, Buffett has teamed up with chewing gum magnate William “Beau” Wrigley, Jr. to license a line of cannabis products dubbed “Coral Reefer,” a name taken from the band he tours and records with.

The products will be produced by the medical marijuana company Surterra (Wrigley is their chairman of the board) and it’s very clear Buffett is a believer in the therapeutic properties of the drug:

Buffett will earn royalties from Surterra’s Coral Reefer-branded vape pens, edibles, lotions and gel caps, but gain no stake in the venture. According to the Journal‘s report, he was approached by other cannabis ventures but opted for Surterra because of its medical, rather than recreational, focus.

I eagerly await the announcement of a line of “Marijuanaville” dispensaries.