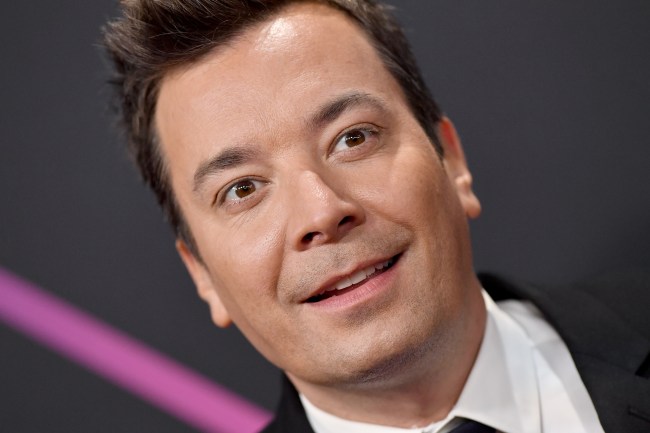 Yesterday was a WILD internet day. So many stories that happened over the holiday weekend, while we had our laptops closed and our phones in the other room, bubbled to the surface yesterday. Between the Karen/Birdwatcher tiff, Jimmy Fallon’s blackface reveal, and the horrific death of George Floyd in Minneapolis, it was a tough long weekend to come back from. I wrote about the Karen story yesterday, and today I’m going to try to tackle the Jimmy Fallon blackface story.

An SNL Jimmy Fallon does a Chris Rock impression and unfortunately paints himself brown for the sake of "comedic accuracy" beforehand.

Now #jimmyfallonisoverparty is trending and I'm in the comments 👀 pic.twitter.com/XeHzuO3DJc

In 2000, while on SNL, I made a terrible decision to do an impersonation of Chris Rock while in blackface.  There is no excuse for this.

I am very sorry for making this unquestionably offensive decision and thank all of you for holding me accountable.

Personally, I think the fault lies with Saturday Night Live, not Jimmy Fallon. At 26, can you really expect this kid to know what can and can’t fly on national television? If I had to guess, I’d say Jimmy Fallon pitched this sketch by saying “hey guys, I do a pretty decent Chris Rock impression. Maybe we can work that in.” And then Lorne and the writers said “cool,” and then the hair and makeup team said “I guess we need to make him look like Chris Rock?” And nobody thought uhhhh this is blackface, and a terrible idea. Why? Because they were 15 years too early to learn from the cautionary lessons offered by NBC’s Megan Kelley, Virginia Governor Ralph Northam, Canadian PM Justin Trudeau, and so many others.

They say “Those who do not learn history are doomed to repeat it.” That’s true. But it’s also true that those who have committed faults historically may not have had the benefit of history to learn from. At some point, we have to draw a starting line from which we say from this date forward, anyone who wears blackface is doing so knowingly, and is therefore a racist. Obviously today, if you still don’t grasp that wearing blackface is completely unacceptable, it’s on you. Playing dumb no longer flies. It’s impossible to have missed all the blackface stories of the past 10 years. But how far back are we willing to extend that hall pass? As a white dude, that’s not for me to say. But I do believe that our understanding of acceptable racial humor was very different back then.

I’ve never worn blackface in my life, but if I’m honest, I just got lucky. I loved Dennis Rodman so much as a kid, and one Halloween, I spray-died my hair for school and wore my Rodman jersey to look like him. I didn’t wear blackface, but I have no idea if that was because my parents warned me off it, because I just wasn’t that committed to the costume, or because I somehow knew better. Point is, I wasn’t some enlightened kid back then, and I could very easily have gone the full nine yards as Dennis Rodman. Someone could have taken a photo, and I could find myself answering some pretty tough questions today if that photo were found in a yearbook. Maybe people would have given me the benefit of the doubt as a kid, but maybe not.

I don’t think Jimmy Fallon was broadly mocking, and “othering,” black people with his Chris Rock impression. But I do think that someone at the great machine of Saturday Night Live should have raised concern. That seems… weird. Nobody caught it? All those cast members, writers, producers, pages, and not one person saw the dress rehearsal and said, hey guys, bad idea? Hmm.